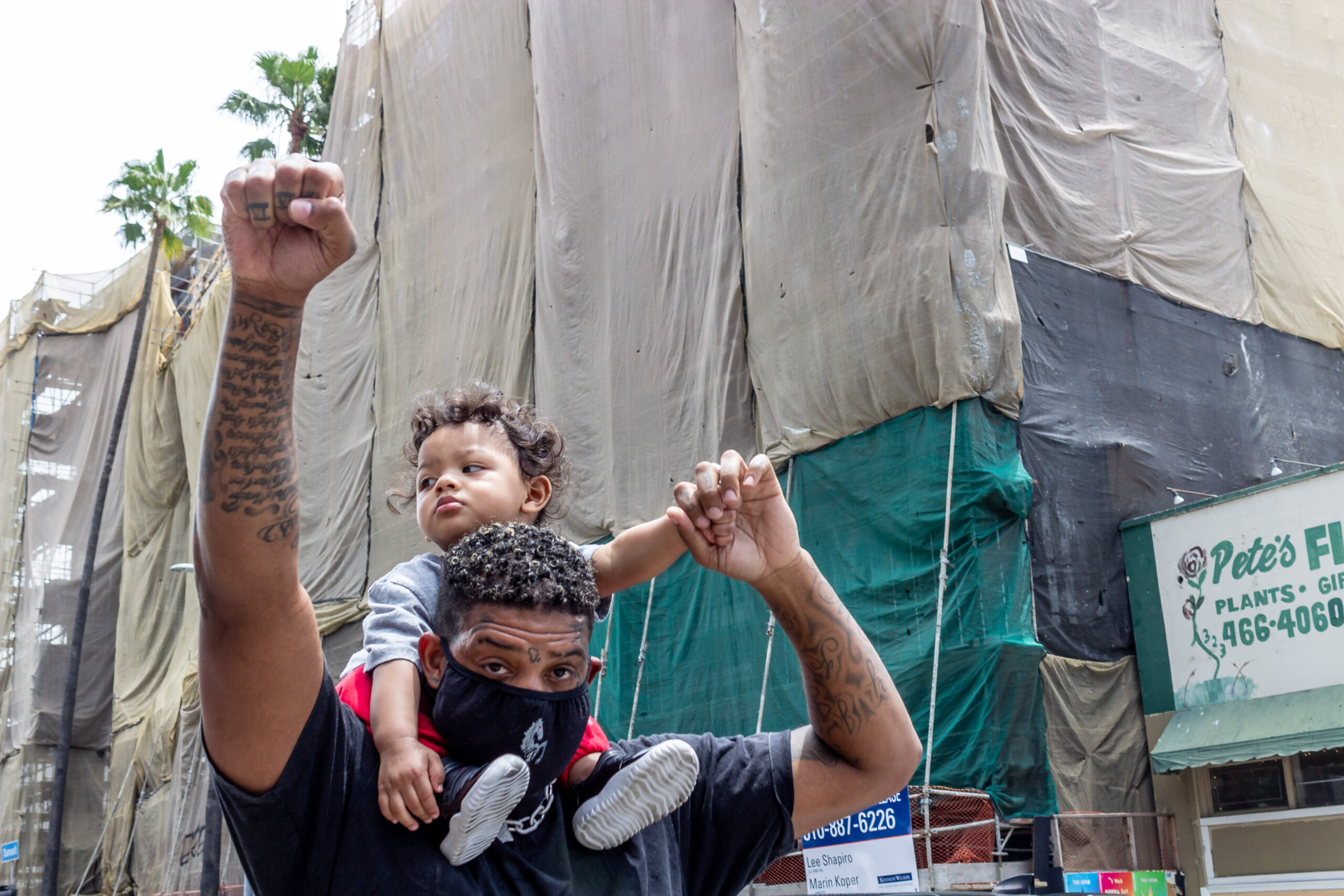 Sitting with my hands zip tied behind my back, listening to racial verbiage and pleas for officers to help restore circulation to other’s hands, I felt my fire get even more fueled.

After peacefully protesting and trying to document history in Hollywood and Downtown Los Angeles, my cousin and I made our way back to the car, before curfew, and made it safely to the car thinking that we had successfully made it through the day, but boy were we wrong.

We tried to explain that due to the police barricades all around the protest it was hard to get to the freeway, and before they herded us like cattle, we were actually trying to leave.

I soon learned this was just a numbers show. They didn’t care about the people, not even blocks away, who were breaking, looting and tagging the city, they just wanted to display arrests so they looked like they were cracking down on “rioters” and “thugs”.

They lined everyone up in rows, and as I was swiveling in the zip tie trying to reach some spot of mild comfort, I heard a woman start crying because of how aggressively unnecessary the female officer was groping her vagina and breasts for prolonged periods of time.

We all yelled for her to keep her head up and to not let them see her cry, but you could tell that it was traumatizing her. The comradery between and the detainees was electrifying, we were all there for each other and you could feel it.

After two hours of being displayed in the street, we were loaded into a jail bus with seats that had no seat belts, with a cage around each seat and decorated with the dirt and grime from god knows who. Thankfully I was sitting next to a fellow journalist who actually had a mask on.

This was a blessing considering not one of the officers who detained us had a mask on, only one wore a pair of gloves.

As we fumbled inside our perspective cages, I tried to channel Malcom X, his stillness and calm. I meditated on the thought of justice and those who had come before me who had endured worse.

It got me through most of the ride except when the driver slammed the breaks and I went plunging forward unable to break my fall, I moved my face out of the way, forcing myself to slam my chest bone into the cage.

They brought us to a big parking lot that had buses full of what I presume were the rest of the innocent protestors that they trapped and rounded up on that street, where there was an assembly line of officers ready to cite us for a misdemeanor for breaking curfew.

When I was taken off the bus and reached the line, I thankfully was placed in front of this respectful female cop, who inseared herself in my memory.

She told me, don’t be sad, you went out there and stood up for what you believe in. She said it wasn’t a bad decision that I made, it was just the decision that was made and the consequence that followed.

She said I made her proud.

I always wanted to be the change I wanted to see in the world, and until that point I thought that I was. But that entire experience made me realize that radical change will come from radical people and radical minds.

One of the officers asked people as they got off of the bus, was it worth it?

I’d say that securing charges against all officers involved, starting a conversation about getting police defunded and starting a new age civil right movement was worth it.

The revolution will be televised, stay tuned.