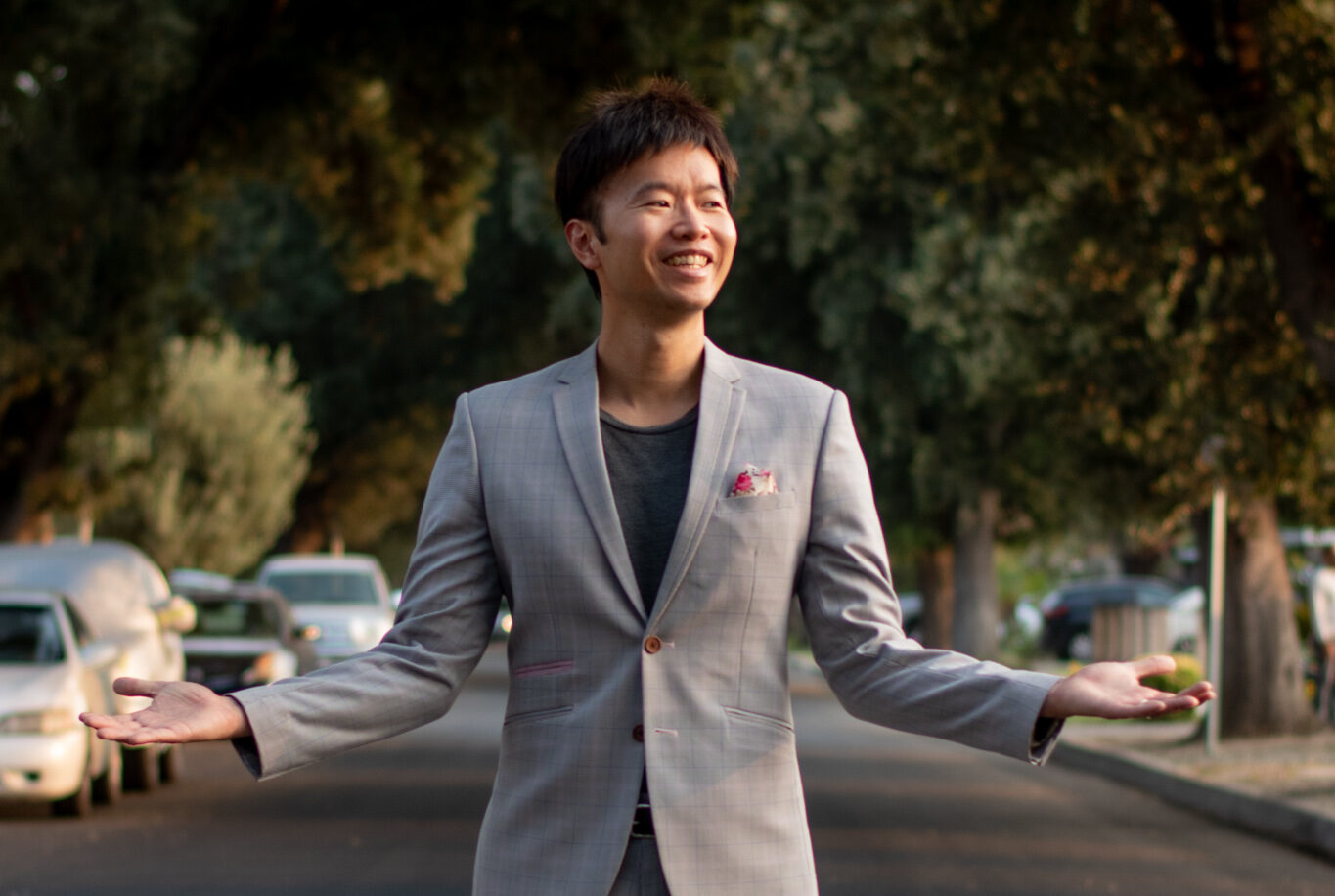 Usually a syllabus goes unread … until Snoop Dogg tells you to read it.

As a result, hundreds of people have looked over his syllabus and shared his video. It even showed up on the gossip news website TMZ.

“I think after a day or two the video went viral,” Ng said in a Zoom interview. “And then all of a sudden… TMZ picked it up maybe because of Snoop. I didn’t even know about it until the Dean told me… and I was like, ‘Wow! Really?’ I didn’t even know that they would pick up news from a college professor making a welcome video.”

Ng said some of his old colleagues reached out to him asking if they could borrow parts of his 17-page syllabus, specifically a section encouraging students to talk to him about accommodations they might need to be successful in his class.

“It’s my job to meet them where they are, prep them and get them ready for the next stage of their journey,” Ng said in a Zoom interview. “And it all starts with the syllabus.”

Ng began his own journey with Chemistry while studying in UCLA.

After getting his bachelor’s degree, master’s degree and doctorate degree at UCLA, he worked as a teaching assistant at UCLA, then a chemistry lecturer at California State University Channel Islands, a lecturer at The University of Hong Kong, and now teaches general chemistry at Pierce College.

“I think chemistry is fun because anything that you see or touch you can relate it to chemistry,” Ng said in a Zoom interview. “I always tell my students that if you know how to spell chemistry, you can do chemistry because “chem-is-try”.

While pursuing his master’s degree and working as an assistant, Benny said he began considering teaching after watching students understand concepts.

“When you see them get it… I think as an instructor, that just makes you want to keep going and going,” Ng said in a Zoom interview.

In the past few months, Ng has been training faculty across LACCD how to effectively use Canvas to engage with their students while teaching remotely.

“Oftentimes, I think both the instructor and the student feel like they’re just working alone in the dark,” Ng said in a Zoom interview. “We want to minimize the technological frustration experienced by the student.”

Ng compares faculty to stage performers, saying the lecture hall is their stage and live demonstrations are the acting. He says that after years of perfecting their craft – how to deliver the content – teaching remotely challenges that. “All of a sudden you don’t have that live audience and you feel like you’re just giving out the energy without getting it back,” Ng said in a Zoom interview.

“We cannot disappoint our students,” Ng said in a Zoom interview. “I think honestly our goal is to really engage with our students.”

Throughout his years of teaching, Ng has come up with creative ways to do that. When teaching in Hong Kong, Ng worked on a forensic science mobile game app “Dr. Benny’s Forensic Science” so students could study while commuting to class.

Ng has also filmed dozens of chemistry videos for Youtube and Instagram, including “Chemagic” videos that show the science behind magic tricks.

Jasmine Magsino, one of Ng’s previous students, says the most notable way Ng engaged with students was through his personalized emails.

“I haven’t come across another professor who really does that, who gives each student individual time and individual encouragement,” Magsino said in a Zoom interview. “Students will email him to scramble right before an exam at 1 a.m. in the morning, and he’ll still respond.”

Sommi Uzoka, another of Ng’s past students, describes her best and worst memory of his class: the first exam.

After receiving a bad score, Ng told her to meet in his office after class.

“He asked me, ‘What happened? I had so much faith in you,’ and I broke down,” Uzoka said in a Zoom interview. “I started crying in his office… and he said, ‘It’s okay, we’re here, we can fix this.’”

After asking about her hobbies, Ng used her interests to explain the chemistry concepts in a way that made sense to her.

“He told me, ‘See? You know this. You don’t have to worry about it,’” Uzoka said in a Zoom interview. “That was really motivating.”

According to Ng and his past students, the class itself is difficult, so they suggest taking advantage of his office hours and asking questions.

Gino Hassani, a former student, explains that he learned more than just chemistry in Ng’s class.

“I think it’s a journey that we can do together for one semester,” Ng said in a Zoom interview. “And then after that, I don’t want to see you again unless you’re taking a higher level class… because my goal is you take a course with me and you move forward. Our goal is to push them to the next level.”