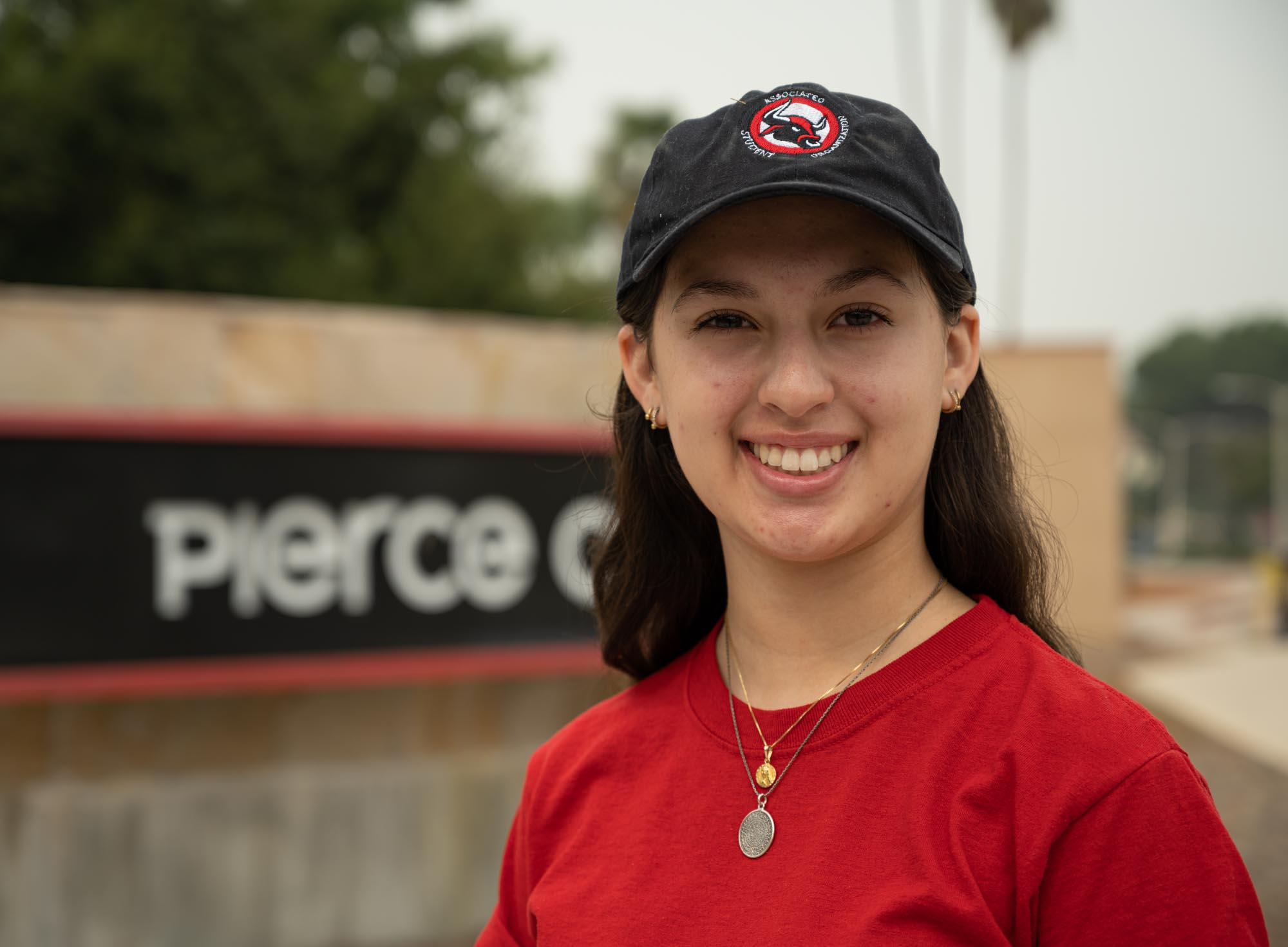 Despite Sofia Zaragoza’s academic achievements, she second guessed her abilities throughout her educational journey.

“I often really felt out of place, and I didn’t think that I was good enough to be in a lot of these higher educational institutions,” said Zaragoza.

But, shortly after enrolling at Pierce College as an English major, Zaragoza joined the Associated Students Organization (ASO), and there she found a supportive community.

Her newfound confidence culminated with her election as the new ASO Club council President.

“Before I used to rely a lot on how other people perceive me,” Zaragoza said. “ASO has taught me that I have great strength and great confidence in myself, and I’m able to showcase that through the skills I’ve learned with them.”

As someone who admits having led a privileged life, this first-generation college student and daughter of immigrants from Mexico discovered her passion for helping students in need.

Through various events, such as a campus-wide food drive for the holiday season last year, she was able to impact those affected positively.

This, along with her leadership skills, made her the right person for the position as ASO Club Council President, according to the ASO advisor Dr. Lara Conrady Wong.

“She was chair for the welfare committee, which is a perfect fit for her because the program is about contributing back to the community which she’s very passionate about,” said Dr. Wong.

Zaragoza was elected as the ASO Club Council President in Summer 2020, replacing Nicole Alfaro, whom Sofia calls an incredible mentor.

“She introduced me to this awesome world and how she got to know all the different clubs and be able to facilitate different events for them,” said Zaragoza. “I really got to see how all of the various clubs helped make a very diverse and inclusive community within the Pierce college campus.”

A new challenge presented itself as the pandemic consequently forced the Pierce campus to close and shift all classes and clubs online.

Aside from confronting head on the tough challenges coronavirus brought, Zaragoza came up with creative ideas to keep students and the clubs engaged virtually.

They found that through the various social media platforms, particularly Instagram, but also through Zoom meetings is the best way to keep students involved in the clubs.

“ASO is doing a really good job brainstorming together and seeing what different ways we can provide incentives to students to attend virtual events and how we can make those fun and informational,” said Dr. Wong.

Zaragoza rose to the occasion and made use of her leadership skills by planning the ASO Club Rush next week, and many of her concepts are woven into the event.

According to ASO President Jamie Crespin, this year’s ASO Club Rush was mainly designed by Zaragoza. Zaragoza is credited with organizing a large-scale zoom call with different breakout rooms for each club.

Each club would have a breakout room, or a few clubs would share a breakout room. Then the directory or lobby will give the students the different clubs. The students can choose which clubs they want to interact with and get to know more about.

Geremy Mason, Student Services Assistant, said that the role of club council president requires a lot of attention to detail and Zaragoza is very meticulous about everything.

“If she needs clarification on something, she’s not afraid to ask,” said Mason. “She makes sure that everything is in order in terms of applications, responding to emails, making sure that all bases are covered kind of approach, which is important for the role.”

For Zaragoza, it took some effort to dig deep to find her authentic self and defeat her imposter syndrome mentality. Through her work at ASO and by supporting struggling students to find resources at Pierce College, she’s been able to work through it.

“Through my education and various programs that I’ve participated in, I’ve been able to accept that, yes, I have gotten this far by myself, and I deserve the spot that I have right now,” said Zaragoza.