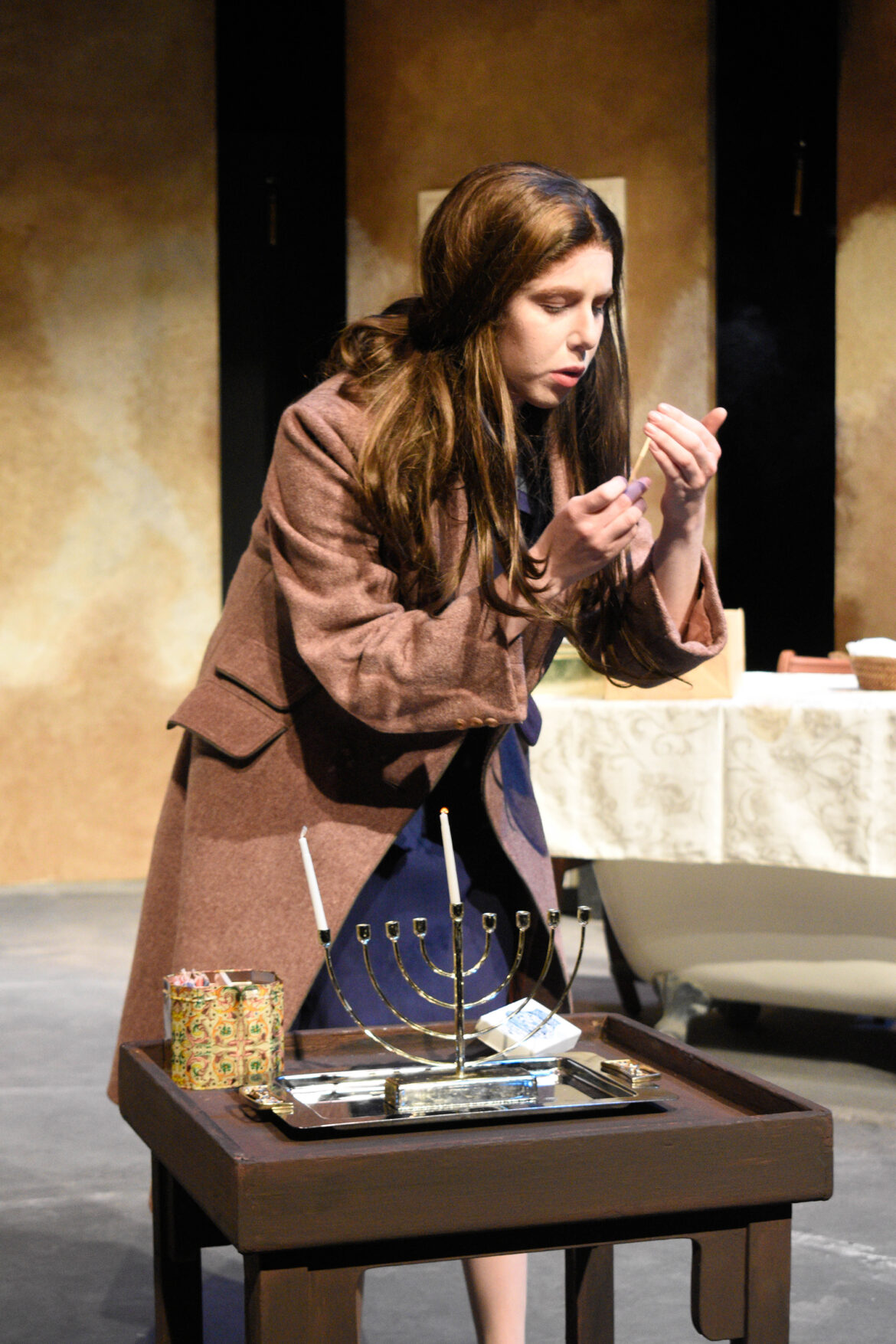 It’s one thing to record history as a matter of fact, but it’s another thing when that history is told through a narrative.

“Eight Nights,” directed by Esdras Toussaint, delivers a powerful, tear-jerking story with strong characters who share a tale of how an untold story ripples from one survivor to another, like a compass, the world recognizes their stories, including how difficult it is for immigrants to adjust in a new place. The show runs for one more weekend.

Some of the themes covered in the play are Jim Crow, discrimination, racism and systemic oppression of marginalized communities, including resilience of concentration camp survivors, African American descendants of slavery, interned Japanese Americans and current refugees from Africa and the Middle East.

However, Older Rebecca (Diane Feldman) carried the torch, as it was almost impossible to stop watching her perform as she perfectly emoted each moment beautifully and surprised the audience with humorous remarks and how unpredictable she can be with her character.

One of the most impactful scenes is watching Older Rebecca being interviewed by Matt (Norman Anthony Thatch IV). As she speaks about what had happened to her, images of her repressed inner child and past memories surface and she displays a visceral reaction. She screams, flips a chair and cowers under the table. It was absolutely groundbreaking.

Another surprising character is Rebecca’s father Erich (Paul Michael Nieman). The performance is believable as he acts like a dad who is trying his best to comfort his daughter after feeling guilty that he left her behind to suffer for all those years.

There are several moments in “Eight Nights” that are emotional and heart-wrenching, including the conversation between Arlene (Whitney Evans) and Older Rebecca, where they both share their disagreements on whether or not their kids should know about their past trauma.

Older Rebecca remains adamant in saying she doesn’t want to share her story with her daughter Amy.  Arlene says that Amy is old enough to understand her, just as she and her husband Benjamin (Emmanuel Odaibo) had to teach their sons about how their father served in World War II and was victimized by Jim Crow laws.

The style, from the scenic design, costumes, hair, makeup and lighting enhanced the storytelling of the play. It is ethereal and almost enchanting to watch.

“Eight Nights” runs Friday and Saturday at 8 p.m. and Sunday at 2 p.m at the Dow Arena Theater. Parking is available in Lot 6 and tickets can be purchased online with prices ranging from $15 for students, $18 for seniors and $23 for general admission.

Patrons must follow health guidelines, filling out a visitor COVID-19 survey and masks must be worn inside the theater.