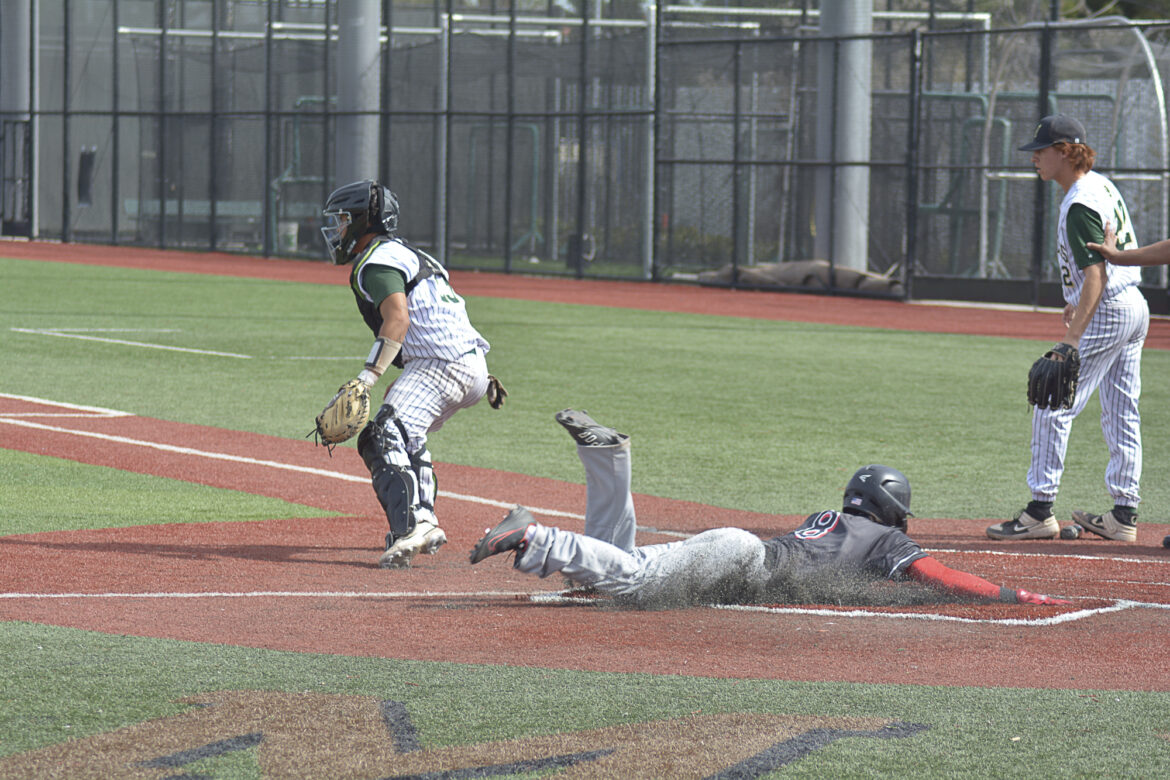 An obstacle course has many ups and downs. But for the Pierce College baseball team the season had more downs than ups.

The team didn’t play a single game at home due to the poor field conditions.

The Brahmas finished with an overall record of 10-30 and 7-17 in the conference.

The last game ended with the final score of 15-6 with a loss to College of the Canyons..

Sophomore pitcher Jackson Briscoe said it was difficult to not play at home.

“Not having a single home game at Pierce was a joke. As pathetic as it is, some of us returners were more used to it than we probably should have been because we haven’t had a home game since 2019,” Briscoe said. “I really think it is ridiculous that a public institution bringing in millions of dollars a year from the general public, with administrators that talk about how much they care about their students’ success could not care less if we had a safe place to practice or play for the last three years.”

Briscoe also said that Pierce isn’t getting a fair shot.

“I know there are some people like our head coach Bill Picketts and our athletic director Susan Armenta who are doing everything in their power to give us the best opportunity to have success, but the people at the very top need to get their act together to allow us to have the same opportunities as people at every other school,” Briscoe said.

Armenta said it affected the team to not use their facilities.

“They did travel a lot and even our home games, to not be able to just come to campus takes a toll takes a toll on their bodies,” Armenta said. “There were some late nights and some long games or they had to have back-to-back travel, you know one day after another that was tough.”

Picketts said they’re a little bummed, but even with problems they’ve faced he’s pleased with his team.

“We’re a little disappointed with our record, as it wasn’t as good as we had hoped,” Picketts said. “But considering all the adversity that we had to deal with not having a field and all our home games on the road, I’m proud of the kids and the way they played.”

Picketts also said it’s hard to recruit when he doesn’t have a practice facility.

“I’ve already lost a few of my recruits that went someplace else because of that situation,” Picketts said. “So until that gets fixed, it’s going to be very difficult for me to get the players that I need to succeed.”

The Brahmas started their season with two straight losses to Glendale and Pasadena City College.

After those two games, Pierce beat Long Beach, before eventually losing to Los Angeles Harbor College (LA Harbor) and picking up the slack again against Cypress.

It got better from there when they went 3-1 in their next four games.

But then the tumbling began again when they went on a seven-game losing streak.

These losses could be attributed to not being able to play at home or practice.

Even with many hurdles, there were some bright spots and highlights of the season.

“I just feel like the highlight was that our guys had so much heart in every single game,” Armenta said.

Despite the difficulties they faced, Briscoe said he loved being with this group of guys.

“I enjoyed each and every one of the guys on the team,” Briscoe said. “From the head coach all the way down to guys that really didn’t get to play too much, this was an incredible group of people that I know will have tons of success on the baseball field—but even more success in life.”