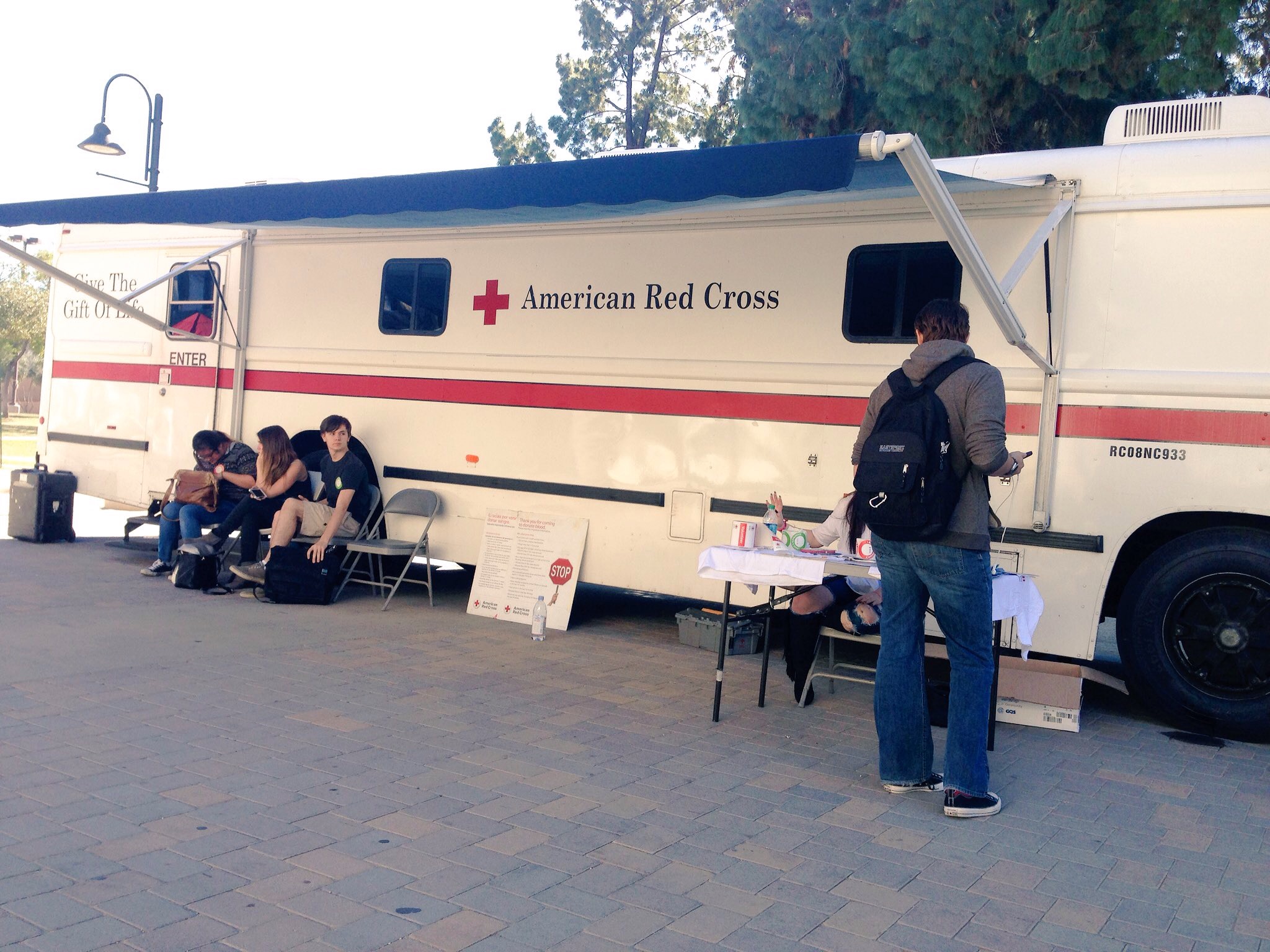 With four  on staff, the American Red Cross bloodmobile drew in students with appointments as well as walk-ins from 8:30 a.m. to 3 p.m.

Account manager for the West San Fernando Valley at the American Red Cross Matthew Moon reeled in students walking on the mall. Donors were given swag, such as tee shirts and novelty socks with the iconic red cross emblem.

“It looks like the school population is coming back,” Moon said. “We usually have a great partnership here at Pierce, and we get a lot of student support.”

According to Moon, donors have the opportunity to save people.

“Your single blood donation can go to up to three different patients,” Moon said.

Donors should budget for about an hour of total time – from the moment they check in, to the moment they exit the bloodmobile, according to Moon. The process includes a mini-physical, and the actual blood drawing takes about 10 minutes.

The bloodmobile is equipped with interview rooms to assess if the person is healthy to donate, four to five beds, a waiting area for after the blood donation, and a snack area known as the Canteen – stocked with juice and cookies.

According to Moon, during the pandemic, it was harder (for the American Red Cross) to get into education accounts, such as high schools and colleges – the places where people first donate.

“After donating for that first time, a lot of (students) become life-long donors,” Moon said.

Sitting in Rocky Young Park waiting for her turn, Magno said that she had been wanting to donate since 2020 – when she was in high school – but the pandemic happened.

“I’m pretty excited,” Magno said. “I’ve been wanting to do this for a while.”

Donors are encouraged to make themselves as comfortable as possible in preparation for the blood drawing.

“During the actual donation, it’s totally cool to bring in some headphones, to bring in a book, to use your phone and go to your happy place,” Moon said.

STEM Major with a concentration in meteorology Paul Dody donated blood for the fifth time.

After he emerged from the bloodmobile with his right arm wrapped in a red bandage, Dody explained why he is a frequent donor.

Dody had words of encouragement for those who want to donate but may feel squeamish of blood and needles.

“Just relax and don’t let it scare you,” Dody said. “You can save so many people.”

The American Red Cross will be back to host another blood drive at Pierce College this October.