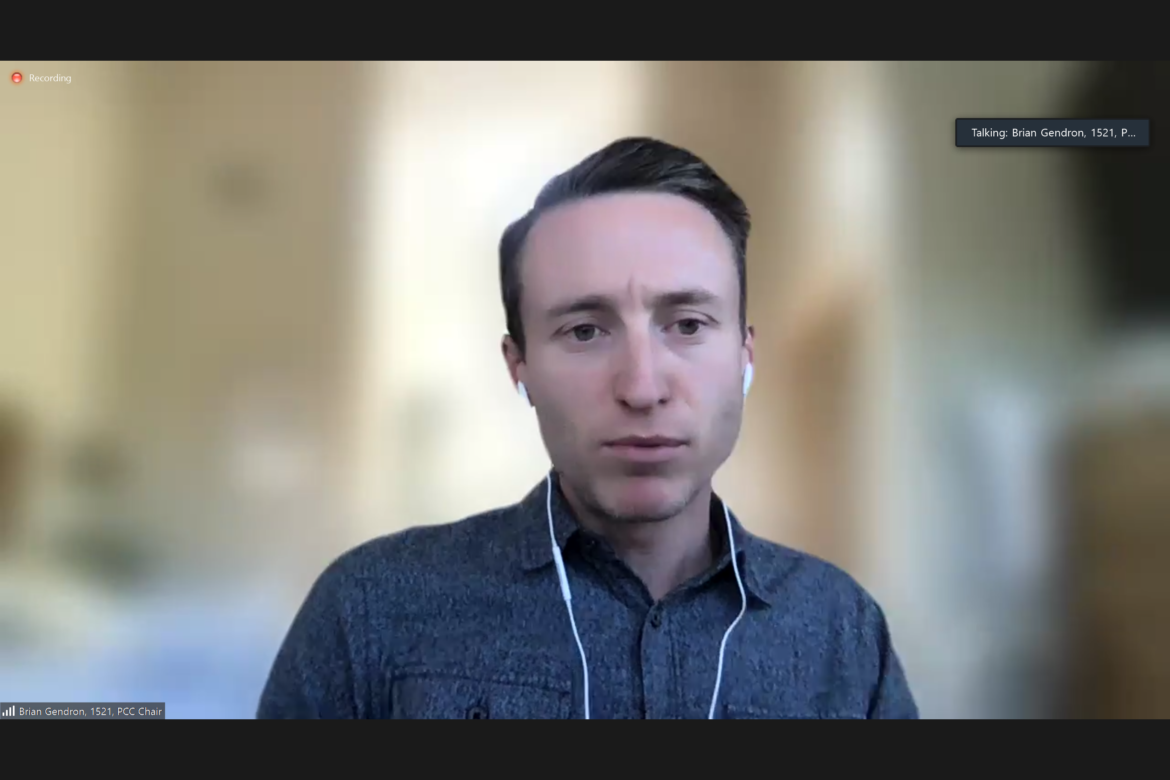 The Pierce College Council (PCC), led by PCC Chair Brian Gendron, met for the first time this semester on Thursday to cover a wide range of important topics.

In her report, Interim president Aracely Aguiar announced that even though enrollment is still down 20% from 2019, she was pleased to report that Pierce’s numbers in enrollment are at 106% compared to last year.

“Some other colleges are doing slightly better than we are, but we are doing okay,” Aguiar said. “The best part is that our headcount is at 18% of what it was in 2019, so we’re beginning to close the gap. It’s certainly a lot better than where we were last year at around 30% down.”

Aguiar thanked the faculty and staff for their hard work in encouraging students to enroll at Pierce full-time. The Super Saturday Registration events, hosted outside the Student Services building, offer hands-on assistance to anyone interested in enrolling at Pierce College.

Aguiar said this has proven to be a very beneficial program and praised the Student Services team for their efforts.

Aguiar also reported with great enthusiasm that the evening celebrating Grammy winners La Marisoul & La Santa Cecilia in the theater on campus was very well received. The event, which was coordinated by Professor Angelia Rovero, PEACh Department and M.E.Ch.A and sponsored by the Student Equity and Achievement Fund, kicks off a new series celebrating Hispanic Heritage Month.

According to Safety Officer Raquel Matosic, whose concentration is on COVID cases and contract tracing, the cases at Pierce College have been very low for several months now.

“We may see anywhere between five and eight cases per week and one to three cases per day,” Matosic said. “That is a huge difference in comparison to the 45-50 cases peak of the pandemic.”

In September, Pierce had 32 cases of COVID-19 reported. 25 were off-site positive cases, which means that the person who tested positive was not on campus when they were on campus. Seven positive cases were on-site.

According to Matosic, an individual is considered contagious two days before symptoms appear or the individual tests positive for COVID-19 and this is why Matosic and her team remain diligent with contract tracing.

Vice President of Student Services Jason Cifra said that 665 students took advantage of the tutoring services offered by the Center for Academic Success.

“In the past, the students were left to register on their own,” Cifra said. “But this summer and fall we are doing batch enrollment for our students so they are not waiting to need tutoring to register and it’s already available there for them.”

Cifra praised the Center for Academic Success team and Director Crystal Kiekel for their efforts.

In light of the two 15-year-olds that died from fentanyl overdoses in the Los Angeles area recently, Health Services will now be a Narcan distribution and administering site.

“We will now have the tools and medication on site to be able to administer life-saving support on campus,” Cifra said.

BuildLACCD Project Director Marco Tarantino announced that there has been a change in leadership in the college project team for the bond program and Tarantino’s position will be filled by the new College Project Director (CPD) Andre Haghverdian.

Tarantino thanked everyone for their involvement and patience with the construction projects happening around campus and announced that Pierce College has the largest construction program in the district. That gratitude Tarantino expressed was returned to him two-fold by the members of the PCC.

“It’s unique to see this level of competency and involvement from a participating governance that we have here,” Tarantino said. “The Build Program cannot be successful without your support, so thank you.”

Tarantino said that the college still has support from the Program Office and the new team is highly qualified, and Tarantino is confident that they will be successful at advancing the program.

“I think it is really important that we all are a part of this process and that we discuss mental health and suicide openly,” Hefter said.

Likewise, any instructors interested in setting up a suicide prevention presentation in their classes, offices, and staffing groups are welcome to use the same email address to set up a presentation.