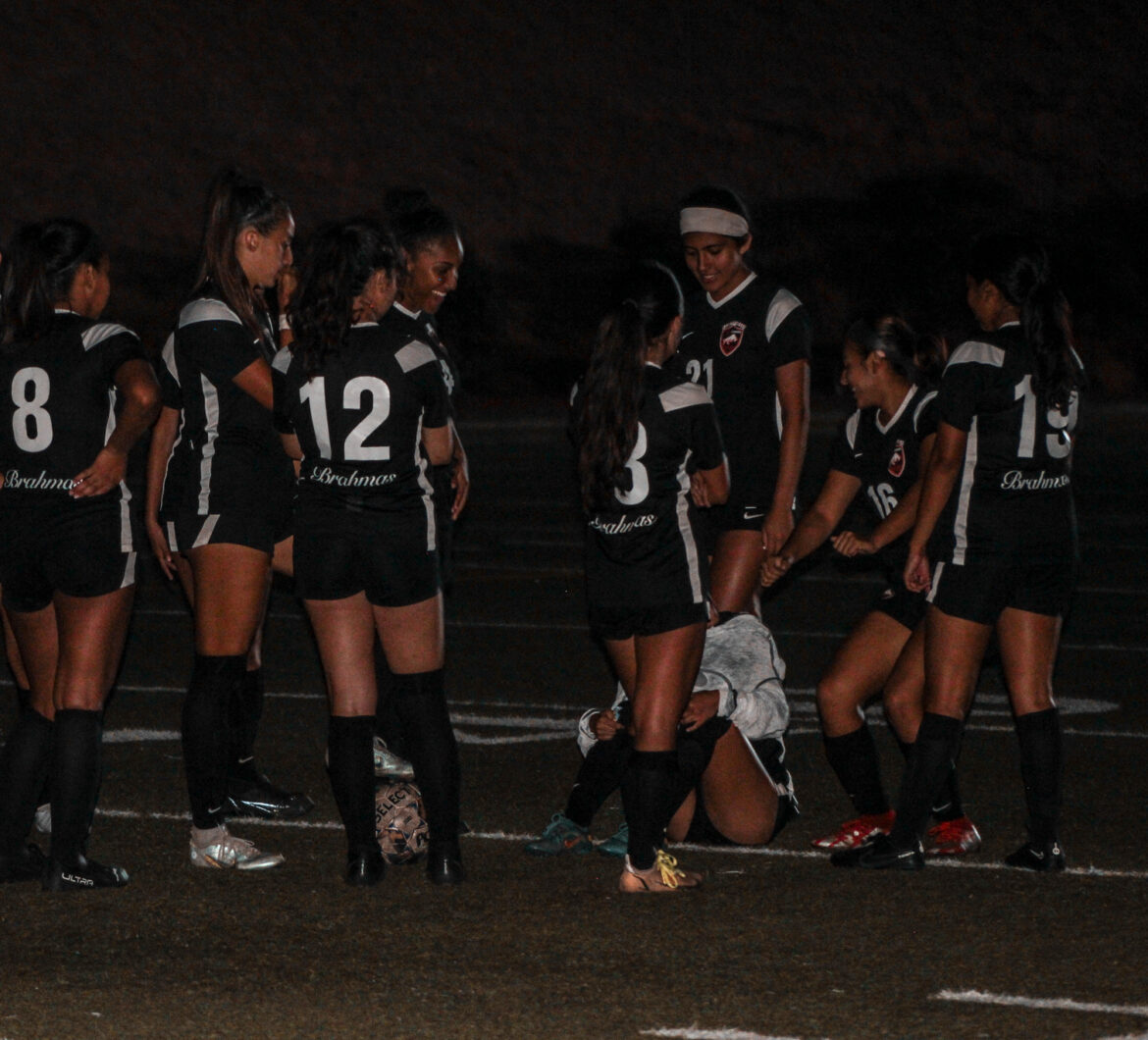 Pierce College Interim President Aracely Aguiar said one solution will be to have backup individuals.

“We need to be more proactive in terms of meeting the needs, not only of Athletics, but also any facility requests,” Aguiar said. “If we planned an event, but due to changes of time it gets darker a little sooner, then we will need to have a backup plan with someone ready to assist us.”

Aguiar said Athletic Director Susan Armenta, Dean of Student Services Claudia Velasco, the vice presidents, one of the other deans and herself will also have access to the lights.

“The administrators are responsible to ensure that our students are safe,” Aguiar said. “I’m expecting to get this issue resolved by this week.”

Director of Facilities Paul Nieman said he was unaware of this issue.

“Athletics changed the start time of the game from 4 to 6 p.m. and never notified facilities of that change.  Had facilities been notified the lighting scheduled would have been adjusted accordingly to avoid such a problem from happening,” Nieman said.

Somebody tell plant facilities to update the stadium lights schedule, because daylight savings time is almost over and the team can’t play night games in the dark.

John Shepard Stadium’s lights abruptly shut off on Friday during the soccer game against Oxnard College, delaying the second half by 20 minutes and leaving the teams and attendees in the darkness.

At 7 p.m., the only things illuminating the stadium were the scoreboard and the crescent moon in the sky.

Head coach Adolfo Perez said that in his 21 years at Pierce College, it was the first time that he had ever seen this happen.

“Instead of resting for 15 minutes, we rested for 45,” Perez said about the prolonged halftime. “It kind of took the tempo out of the game.”

Athletic Director Susan Armenta said that the lights are on a schedule where they turn off automatically..

“One can’t simply flip a switch and turn the lights on,” Armenta said. “It could be easier, but certain departments make it harder.”

Staff present at the game were unhappy with the situation.

Dean of Student Services Claudia Velasco said that the administration should give control and access to the lights to the athletic director or the Dean.

So much time had passed before the problem was fixed that the players from both teams could be seen in the darkness having to warm up a second time around.

Center defender Layla Richwine said that she talked about the lights shutting off with her team, and they were scared that if the lights didn’t come back on, that the game would get delayed.

“Obviously, we didn’t want the game to be postponed—we had a 2-0 lead,” Richwine said. “But we were happy that they came back on so we could finish the game strong.”

Not to be outshined by the spectacle of lights shutting off mid-game, the Brahmas beat the Condors 5-0.

The Brahmas ended the first half with a goal from forward Heidi Ricketts and another from midfielder Arianna Vigil.

Ricketts also scored a goal during the second half.

Left winger Livia Pereira scored the third and fifth goals of the night.

“Today was a great game with a great score of 5-0 for us,” Pereira said. “I scored two goals so I’m even happier.”

Originally from São Paulo, Brazil, Pereira also said that they are now in a conference where every team will be good.

“I want to help the team with the abilities that I have,” Pereira said.

Richwine said that she thought that the Brahmas started passing more after the lights went out.

“We just needed to communicate and get that ball going,” Richwine said. “I think that we started to accomplish that and once that came on our minds. We locked in and that’s when we connected.”

After the game, Richwine commended the Condors for how they played.

“Oxnard was a good opponent, especially with how their defense played,” Richwine said. “They did so well.”

With the win, the Brahmas came from the first loss of the year last Tuesday.

Perez knew that they were going to come out and play better on Friday.

“Next game is going to be a war against Ventura,” Perez said. “They finished first last year, and we finished second.”

The next game is against the Pirates at Ventura College on Friday, Oct. 7. Kickoff is at 5:30 p.m.