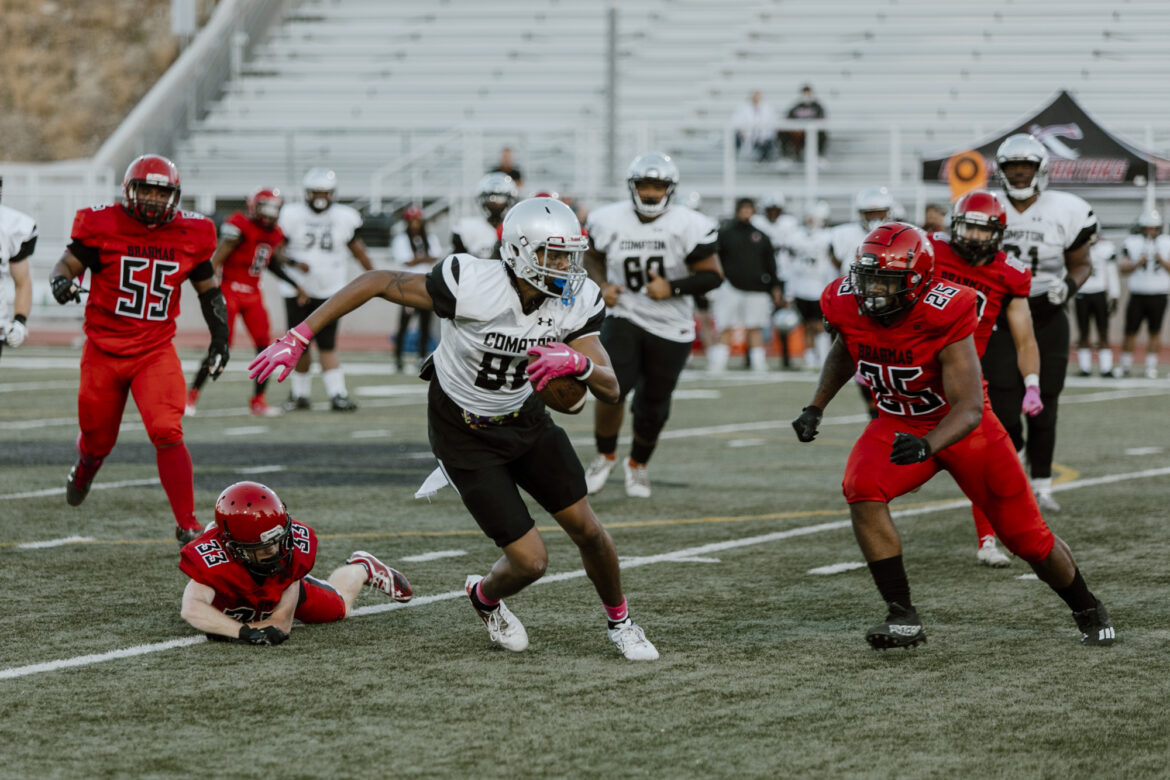 A game with multiple penalties and lack of discipline, the football team lost to Compton College on Saturday in their last non-conference game.

The Tartars were 2-2 going into the game against Pierce, while the Brahmas were 0-4.

There were seven players who were out in previous weeks due to injury have returned to the field and were ready to play.

This is the third home game at Pierce, but that didn’t bring the home-field advantage they needed to win their first game of the season.

Compton scored first with 6:21 left in the first quarter, but hopes were still high among players.

By the end of the first quarter, the Brahmas were down 13-0 after a fumble occurred with the Tartars recovering for a 70-yard return. Their extra point attempt failed.

The Brahmas called two timeouts in the second quarter after a series of fumbles and interceptions.

By the end of the first half, the score was 19-0, and spirit among players and coaches was dwindling.

“We’re playing soft, and we’re letting them get into our heads,” Austin said. “We need to find a way to get these kids to come together rather than pointing fingers and getting out of their character.”

The Brahmas came back from halftime with a solid offensive lead, slowly but surely making their way to the end zone.

However, an interception by Compton at the 50-yard line resulted in a touchdown. By the end of the third quarter, the score was 25-0, and the mood for the rest of the game was set.

Defensive end Kevin Herring was watching from the sidelines as his team lost faith.

The Brahmas eventually got on the scoreboard. Quarterback Peyton Pelletier connected to running back Charles Yates for six yards.

It wasn’t enough to stop Compton as they responded to make the score 31-7.

The Brahmas received five flags and were scored on by more than 30 yards twice.

Head coach James Sims said he is starting to see a pattern in their losses.

“We keep facing the same things,”  Sims said. “Red zones, interactions and fumbles, and people not focused on their assignments.”

Pelletier believes in his team despite their track record.

“This one definitely hurts, but the good thing now is we have a bye week, and we still have that conference championship in our minds,” Pelletier said. “We have all the potential in the world, but we can’t keep letting the little stuff get to us.”

The Brahmas are back on the gridiron on Saturday, Oct. 15 as they travel to Santa Barbara City College. Kickoff is at 1 p.m.