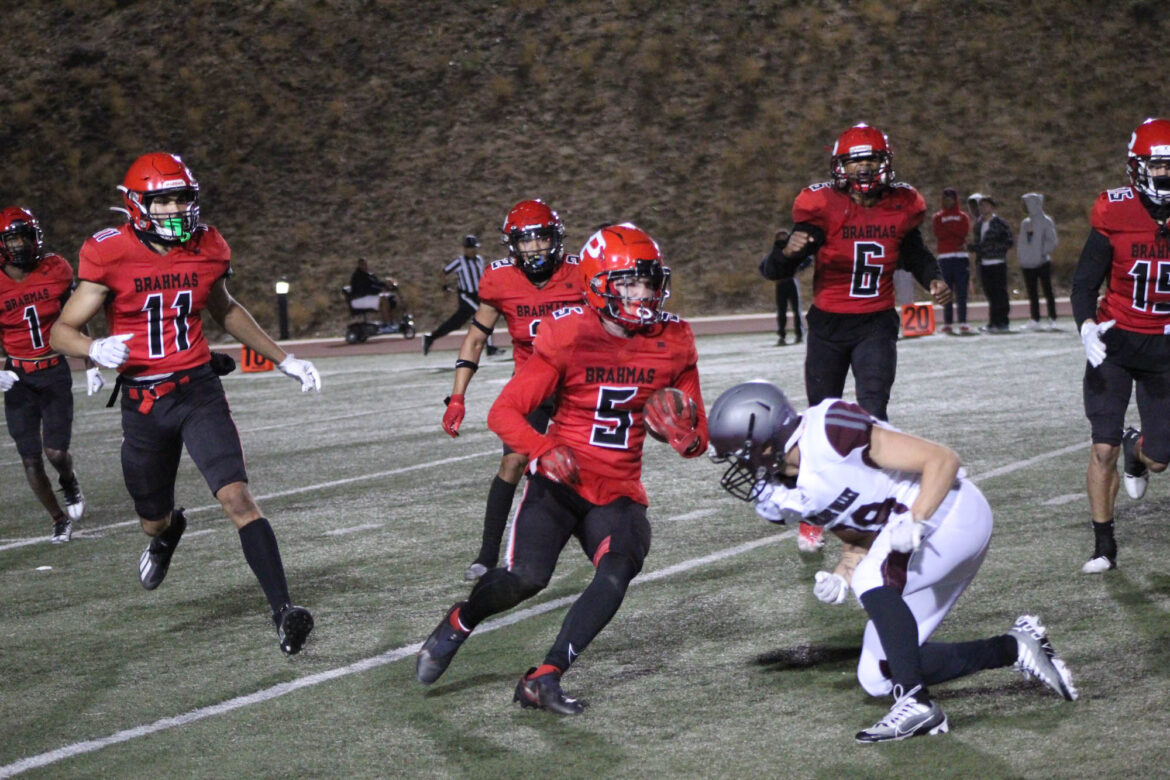 It wasn’t a happy homecoming for the football team as they lost to Antelope Valley College on Saturday.

The Marauders got the win over the Brahmas by a score of 58-6.

Several players were out due to injuries they sustained during last week’s game versus Santa Monica.

Starting Tackle Dre Marin is out with a leg injury. Charles Yates, who plays on both sides of the ball was also injured last week. Still, he played on Saturday and was placed only on defense for fear of worsening an arm injury.

Additionally, defensive back Nathaniel Jackson played with a cast on his forearm. The cast was wrapped with a thick layer of bandage and he was cleared by the referee to play.

Head Coach James Sims knows numbers weren’t on his side, but he believes the scoreboard is the least determining factor in how his team plays.

“We’re tackling, we’re moving the ball and we’re not finishing because we’re a young team, but those teams know that this is not the old Pierce and they’re having competition,” Sims said. “The scoreboard doesn’t show how we compete.”

The Brahmas followed the usual routine of strong starting defense that burns out by the end of the second. Defensive lineman Derek Cole injured his leg in the second quarter and was out for the rest of the game.

The Brahmas defense isn’t incapable of making tackles or sacking but this game, like many others, saw players being left wide open to make 20 plus yard touchdowns.

The score at the half was 30-0. Pierce scored their first and only touchdown of the night by receiver Alex Vales.

Quarterback Peyton Pelletier spent most of the game throwing the ball and trying to run plays himself before getting injured at the end of the third and sitting out the rest of the game.

Antelope Valley scored four times in the third quarter and ran out the clock in the fourth, beating The Brahmas by 52 points.

Next week’s game against LA Valley College, a longtime rival of the Brahmas who have claimed the Victory Bell for the past seven years. Players and coaches alike consider next week’s game the most important of the season.

Pelletier isn’t phased by the score from Saturday’s game, but the pressure is on for next week’s game against LA Valley College. He believes the upcoming game is all the motivation they need to finally win a game.

“Despite what happened tonight score wise, we’re really confident,” Pelletier said. “The mindset is different, especially for the sophomores who experienced that pain, ringing that bell is personal.”

This isn’t the closest game Pierce has played, but according to coaches, it is the most impressive. With a dwindling roster and below average odds, The Brahmas spirit seems to only have improved since the start of the season.

“That was the most fun I’ve had this entire year,” says Word in an address to his team after the game. “Each one of y’all was competitive and I love y’all boys.”