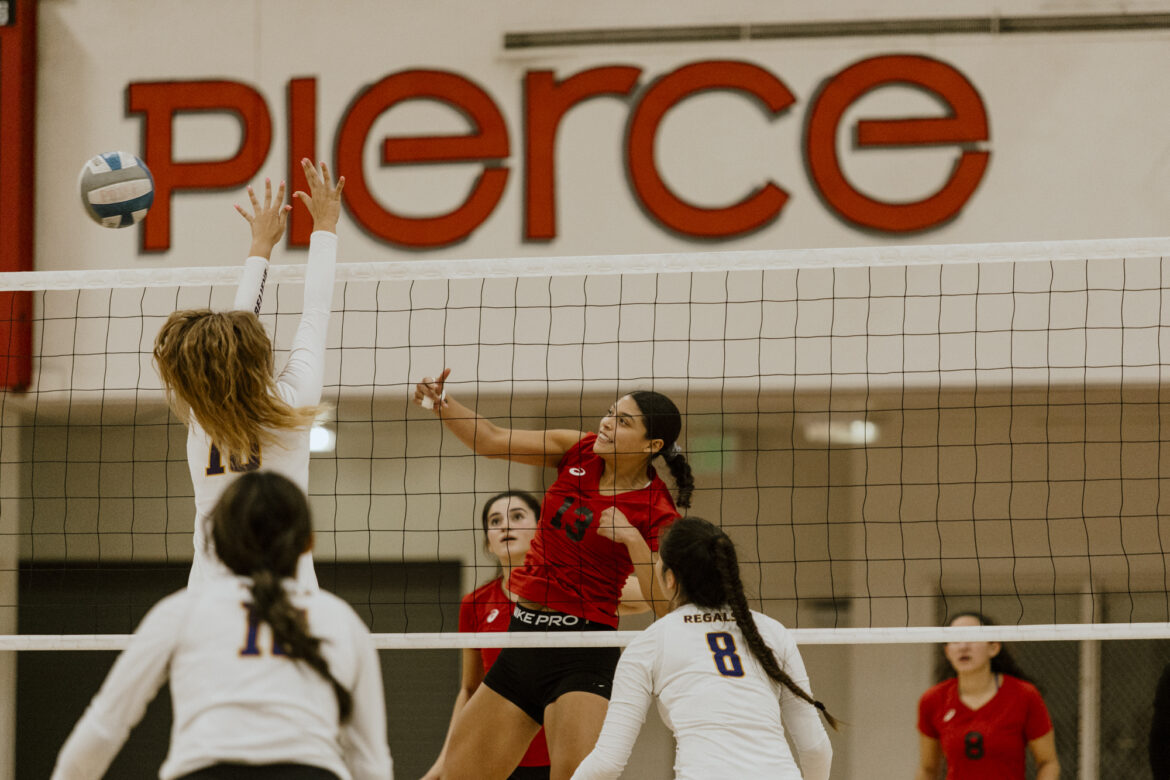 The women’s volleyball team continues to dig in and work as they look ahead toward next year.

With an overall record of 7-14, they may not have won as much as they wanted to, but the season ended on a positive note due to a forfeit from Glendale.

Looking back on the season, head coach Edison Zhou said his goal was not as concentrated on winning matches as much as it was to build a dedicated group of players, and he is pleased with the team’s overall performance.

“The most important thing is to build a strong team,” Zhou said. “Everyone on the team worked really hard and took the practices seriously. Nobody was late or skipped practice and everybody gave 100 percent to the team, which is what I wanted to see.”

According to athletic director Susan Armenta, Pierce is dedicated to rebuilding a lot of the sports programs as the school continues to recover from the pandemic.

“I would like to see that we’re getting good numbers on the court so that everyone can play safely,” Armenta said.

Regarding the team itself, Armenta said that the positive energy from the players and coaching staff is what stood out to her most this season.

“I saw the progress from the beginning of the season to the end of the season and there were a lot of really close games,” Armenta said. “But the energy throughout all the games is the same. Win or lose, the energy is always there, so I’m happy overall.”

Assistant Coach Carrie Wright was also impressed with how hardworking and dedicated the team was.

“We really wanted to make sure that we were obviously gaining chemistry and building momentum for the season,” Wright said. “Their spirit really impressed me. They were hungry to get better, and they wanted to improve, and really put the work in. That, to me, is just beautiful.”

Freshman Hilda Zahedi, a team starter who played libero and setter this season, felt that the team grew closer as the season progressed.

“No matter what if we lost or we won, we all still like stayed supportive of each other,” Zahedi said.

Unfortunately, most of the team’s starters will be graduating this year, a situation that comes as no surprise to those who coach at the community college level. Wright said though that she was very impressed with the dedication from the freshmen this season and looks forward to working with them more.

“They’re very athletic, so hard working and dedicated,” Wright said. They would come early to practice almost every single practice and work for like an hour in addition to our practice. So, it was really impressive as a coach to have such dedication.”

Zahedi is looking ahead and sticking with a workout plan to prepare for next season already.

“I’m staying strong so I’m ready to get back on the court to stay on my top game rather than having to build it when season starts,” Zahedi said.

The coaches haven’t stopped either. Zhou and his coaching staff remain positive and focused on the future of the program.

According to Wright, the coaching staff has been recruiting heavily all along, which is a task that is very important to the future of the program.

“All three of us coaches go to local high schools, either matches or tournaments, and talk to the girls and their coaches to let them know that we’re interested in having them join us at Pierce,” Wright said.

Zhou and his staff also have a good post-season plan in place to keep the positive momentum going.

“The team has the winter session off, but we have a spring, summer and fall class where we work with the team to prepare for the upcoming season,” Zhou said.