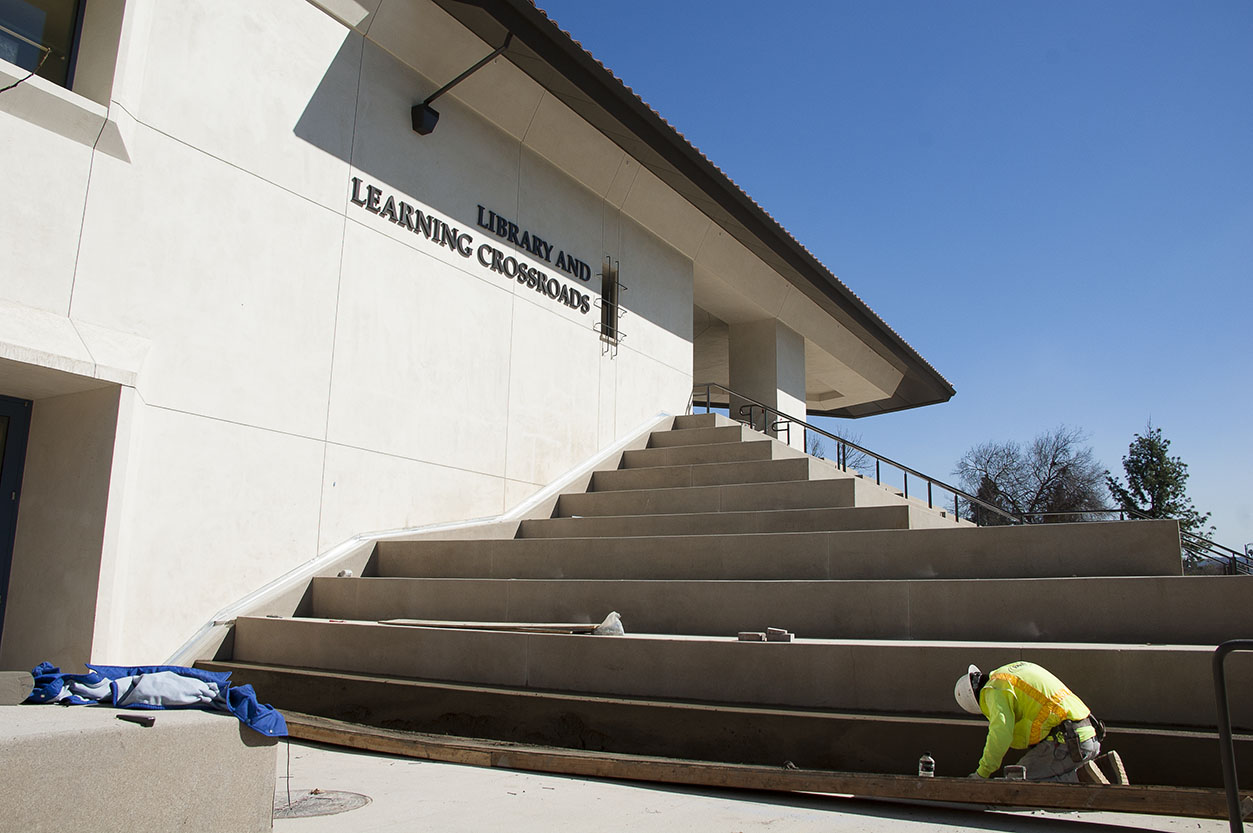 The Library and Learning Crossroads (LLC) is set to open its doors to students as the new Pierce College library, with the move taking place throughout spring break, according to Library Department Chair Paula Paggi.

The building officially opens on April 10, with both libraries to be closed during spring break.

Library services will not be available to students for the day before the break, March 27, as well as two days after the break, April 8 and 9.

“We tried to make as little impact as possible,” Paggi said. “We sent an email out to all instructors and admin[istrators] about this to try and have people make their assignments due around that.”

Though the physical services the library provides will not be available, all online databases will still be operating, according to Paggi.

The bond to build the LLC was awarded on Jan. 15, 2010 to the amount of $40 million, according to BuildLACCD, the Los Angeles Community College District’s sustainable building program.

The 89,000-square-foot building was “designed and built to achieve high performance in sustainable site development, water savings, energy efficiency, materials selection and indoor environmental quality,” according to the Bernards, one of the architect firms that worked on the project.

Some of the sustainable features of the LLC include an underground storm water collection tank and skylights for natural lighting, according to Ed Cadena, project deputy director of the Swinerton Management Team.

The entrance to the building is at the top of a 26-step staircase, which also has some open space for students on spring break.

“You can contemplate a few students hanging around on these large steps here,” Cadena said. “Maybe not in the heat of the summer, but possibly on a cooler day.”

The top of the stairs gives students an “amazing view” of the campus, according to Cadena.

The inside of the LLC will contain twice the number of group study rooms–five of which will be reservable 24 hours in advance–twice the number of open access computers, 145 study carrels with working electrical outlets, Wi-Fi that works throughout the building and a classroom for library instruction separate from lab computers.

“Now [students] will be able to stay at the lab because we’ll have a classroom for all the instruction, which is really, really nice,” Paggi said.

The building will also have two copy tech rooms with color printers, 13 more toilets for men’s and women’s bathrooms and hold all the bookstacks on one floor rather than three.

“It’s going to be easy to sit and be near your stacks where you can access the information you want to look at,” Paggi said. “Right now you have to go down to horrible areas to find them.”

There will also be a special services room where resources for students with disabilities will be kept.

Additionally, a new employee will be joining the library staffs ranks.

“We’re quite thrilled with that because we’d like to get a digital librarian to help maintain for distance ed[ucation] and website upkeep,” Paggi said.

Aside from the new building, new parking will be available as construction on the LLC winds down.

“The area fenced off for the contractors [in parking lot 7] will be removed this week, and so that parking will be open next week,” Cadena said.

Only the Learning Crossroad’s second floor, which houses the library, and the courtyard will be open on April 10, with the rest of the building still to be completed.

The first floor is to contain the Center for Academic Success, Distance Education and Service Learning, the Faculty Staff Resource Center, and an open computing lab, according to a previous article by the Roundup news.

“Its being programmed for occupancy over the summer at this point,” Cadena said.

Also planned to be on the first floor will be the food court, which will also still be unfinished.

“The food court will not open at the same time [as the library],” Paggi said. “It will open soon, but not yet.”

With all the money that went into the library, Paggi hopes it is not abused by the student population

“I hope the students recognize that this is a place for them and treat it with respect,” Paggi said.