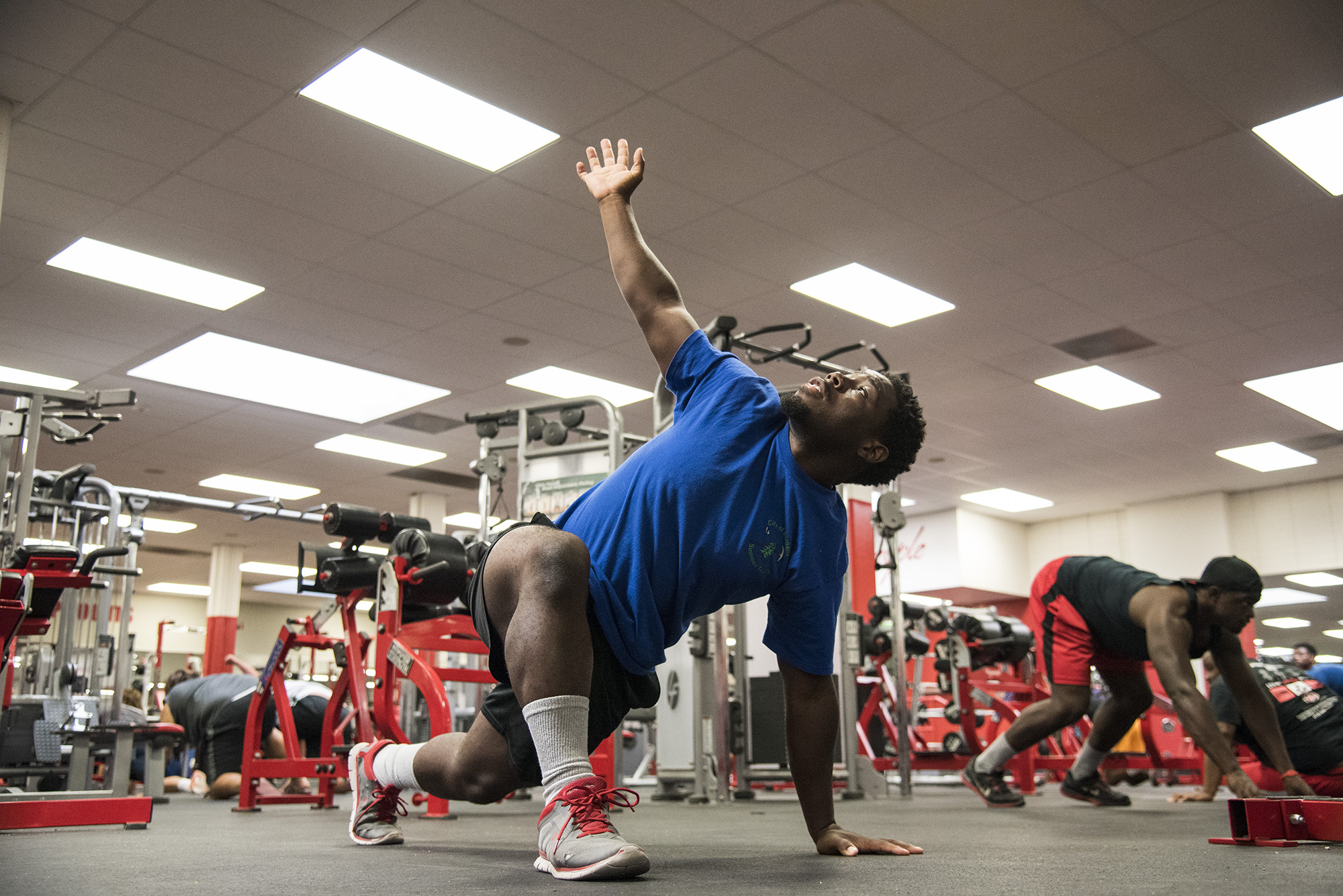 A football player’s job is to practice everyday and present their skills on the field. For 21-year-old sophomore running back Rob Fowlkes, his job is not only to play football, but also handle the adversity that comes from his mom having cancer.

Fowlkes and his family first heard the news when he was 18 years old.

“My heart dropped and I wanted to just break down but I knew I couldn’t show my mom any signs of me being scared,” Fowlkes said. “I looked her in the eyes and said ‘We’re gonna be ok mom. God’s going to help us make it through this.’”

The cancer has spread immensely to a point where the doctors cannot do anything surgically to help his mom.

“My mom is getting to the point where she just wants to live her life,” Fowlkes said. “If that’s what she wants to do then I’m going to support her in that decision. It’s hard to just sit back and see someone go through so much pain, and there’s nothing really you can do for them except for being there emotionally and physically to show that you support them in that decision.”

The doctors are coming to a conclusion for his mom to not take any more treatment, and to let her live out her life if she chooses to do so.

“I feel like if when you live out life to the fullest without an expiration date so to speak, then that means you’re gonna enjoy all the little things,” Fowlkes said.

Pierce football head coach Jason Sabolic appreciates what Fowlke has done on the field despite being in a difficult situation.

“He persevered like nobody else,” said Sabolic. “I told him you need to take time off and go take care of your mom, go ahead and do it, and he’s like, ‘No coach I’m going to be out there. I’m going to be in practice everyday. I’m going to go to the weights everyday,’ and I don’t know how he does it.”

Pierce starting quarterback Sean Smith, who is also a close friend of Fowlkes respects what he does on and off the field and enjoys his personality.

“If you come out and watch practice it’s obvious he’s one of the hardest workers out here,” Smith said. “Off the field he’s probably the nicest guy you’ll ever meet. Nobody I know can ever stay mad at Rob for longer than two seconds. You can’t stay mad at Rob because he’s Rob if that makes sense.”

Fowlkes is a full-time student, a football player and he also works part time at Target. But when the season starts, Fowlkes puts football as his priority.

“My job is a lot more understanding about football,” Fowlkes said. “They let me take a little time off until after the season, and then I come back to work.”

Fowlkes is currently majoring in Criminal Justice and hopes to be a police officer in the future, regardless of the bad reputation the police are getting recently, and hopes to change the bad image.

“Ever since I was a kid I wanted to be a cop just to help people,” Fowlkes said. “I feel like if you want change you got to be the change.”

Before joining the police right after college, Fowlkes is deciding to join the navy and be a naval officer to develop his leadership skills.

“Being a police officer and when you go to the academy, they look highly upon people who’ve already had military experience,” Fowlkes said.

Fowlkes wants to be a police officer in the Burbank district because of connections with the police force he developed during a junior cadet program in 2012 after graduating high school.

“I met the chief of police there and the lieutenant. I got in a really good relationship with the lieutenant,” said Fowlkes. “He told me anytime I’m done with school if I want to apply just come talk to him directly.”

A career as a police officer is the goal that Fowlkes is working toward. On the other hand, if an opportunity to go to the NFL is presented he would take it immediately, but realizes the risks in going that direction.

“Sometimes you gotta look and say if I go to the NFL, at most how many years will I have?” Fowlkes said. “You gotta know that at some point in time you’re gonna have to retire and you’re going to be fairly young, so after that what are you going to do with the rest of your life?”

Fowlkes will continue to pursue his goal of becoming a police officer even if he has an opportunity to go to the NFL.

“Maybe just be like a modern day Shaq and do both at the same time,” Fowlkes said.