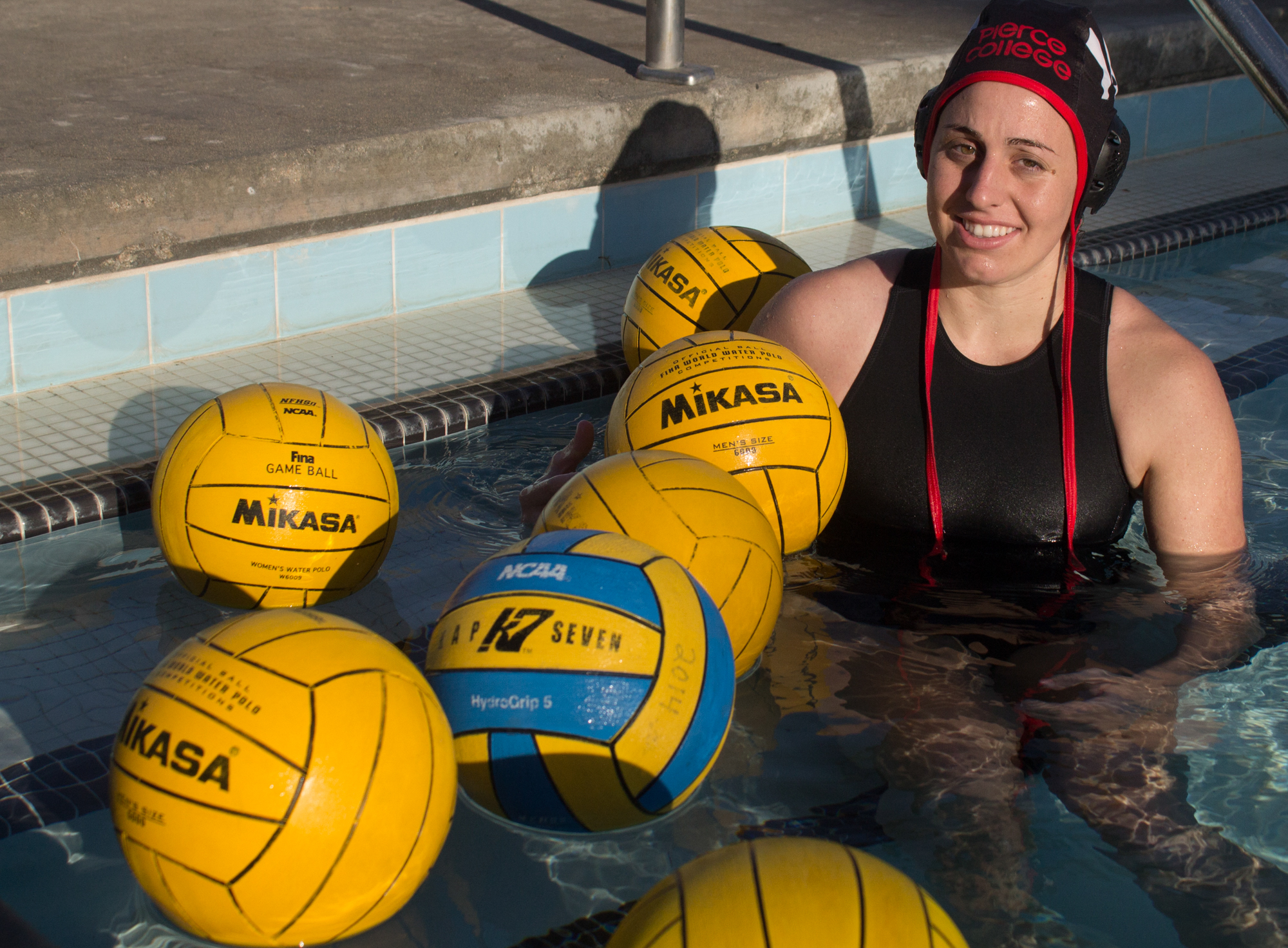 Captains are a model for teammates, coaches and fans when competing and when they’re not. They display exceptional leadership skills that cause people to rally around them.

Women’s water polo captain, Tamar Kazanjian proves that she is the epitome of leadership when she dives into the waters of the Steven Schofield Aquatics Center and when she walks the halls on the Pierce campus.

Returning to Pierce this semester, Kazanjian has a co-captain that supports her in all aspects of the game. Kaylee Bennett names Kazanjian as one of the people that has helped her get her game to where it is today.

“She’s a really good leader and captain. She can break down any complex drill into simpler form for anyone who has never played before,” Bennett said. “Tamar pretty much coached me all the way through my very first season and helped me progress so much as a player.”

Kazanjian is dedicated to the sport, her team as well as her coaches. She serves as a relay between her teammates and her coaches. Samantha Buliavac, the assistant coach for women’s water polo, praises her adaptable nature in the sport.

“This girl has played every position in the pool and she goes where she’s needed,” Buliavac said.

Kazanjian is comfortable in the water and does what’s necessary to improve the team’s odds of making a goal.

Her older brother introduced her to the the pool when she was a young child and, once in high school, influenced her to try water polo.

“My brother swam and played water polo at Pepperdine. My sister was a swimmer her whole life, too. It’s a swimming family except for my mom and dad who don’t swim. So just all the kids,” said Kazanjian.

Kazanjian’s family is involved in the Armenian community here in the San Fernando Valley and it has provided her with opportunities to travel and learn more about her cultural background.

“Just because of my Armenian background, I have a whole different culture in my background and that played a huge part in my life,” said Kazanjian. “I went to a private Armenian school in the Valley until I was five and swimming in Armenia when I was twelve years old. Being a member of an Armenian organization, we had a summer trip to Armenia to play sports.”

She is fluent in three languages: English, Spanish and Armenian. Her ultimate end goal is to become a physician’s assistant. With transferring to USC and going into a program that will help her reach that goal, she is majoring in biology at Pierce. Kazanjian takes pride in her GPA but notes it did not come easy.

“Being in sports since a very young age, that really helped me out. I learned to split up when I’m doing my school work, to get my stuff done before practice and just to balance my time,” Kazanjian said.

She wants to continue her life in the pool, as she plans to transfer to USC in the spring. Her goal is to play on the their team while also pursuing her degree.

“It’s important to have academics always come first, even though  I’m a student athlete, but athletics is definitely a huge part of my life too. I just learned responsibility and to  manage my time through all these different phases in my life.” Kazanjian said.