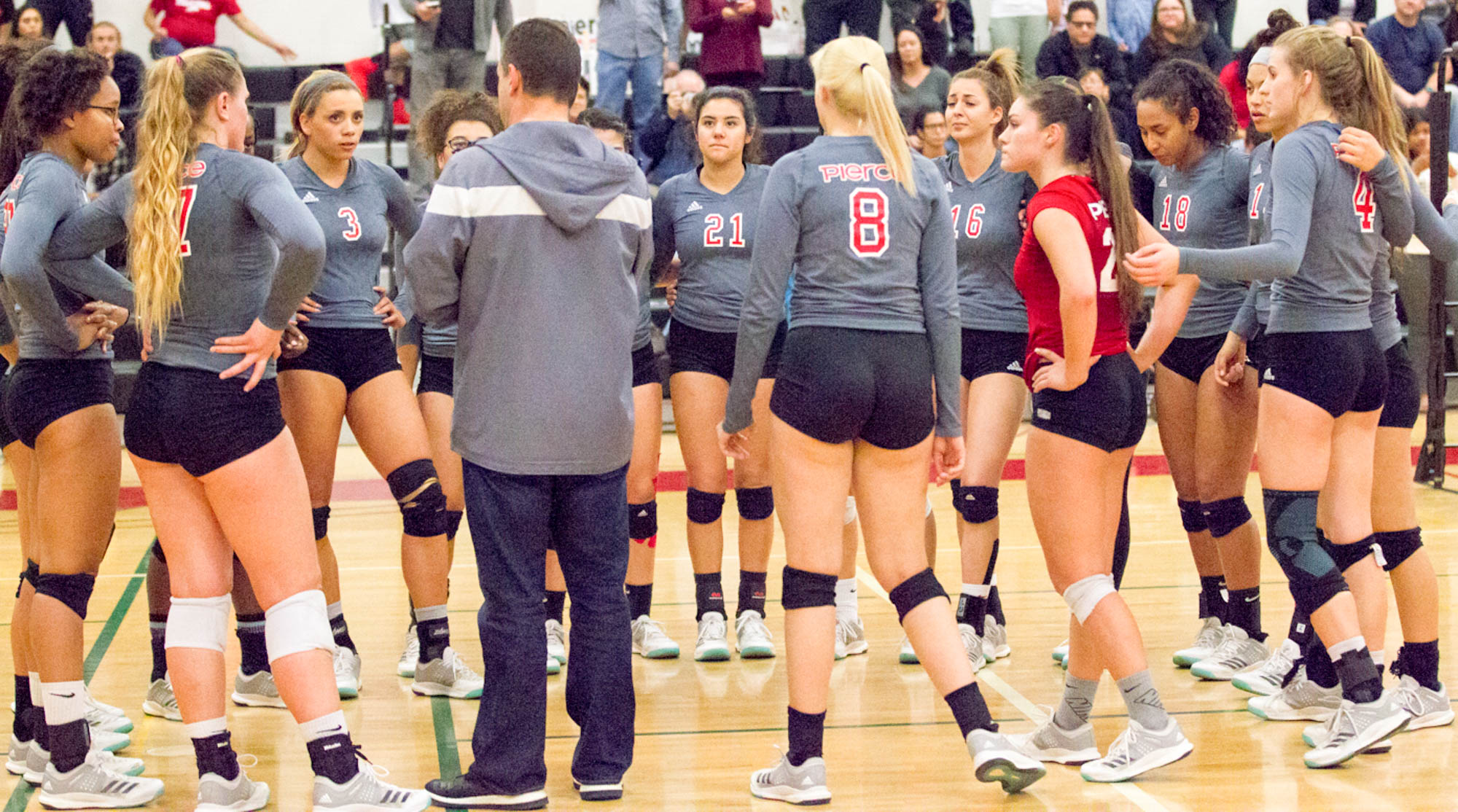 Women’s volleyball’s quest for a fourth state championship came to a halt, losing to the upstart San Diego City College Knights in five sets Saturday in the second round of the playoffs.

The beginning of the first set was point-for-point, until the Brahmas started to pull away and take the lead. The Brahmas gave up a lot of points due to service errors, but they took the first set 25-19.

The second set had a similar start, both teams struggled, but the Knights would end up breaking away from the ties, winning the second set 25-22.

Team captain Shari Volpis said the team played well most of the time, but couldn’t execute plays when it mattered most.

“I thought we played Brahma ball most of the time, but not when it counted the most,  the crucial moments,” Volpis said. “They bailed us out and gave us a lot of free balls, and we just didn’t execute.”

The team seemed to slow down during the third set, allowing the Knights to maintain dominance for most of the third. The Brahmas kicked it up a notch by closing up the gap, going point-for-point, and eventually, taking the third set 25-23.

“Skill wise, Pierce is a great team. They are such a tough serving team, and it definitely took us out of our game plan,” said Dede Bodnar, SDCC’s head coach. “With that, they both fought so hard. Pierce is a really good team, and it could have been anyone’s game.”

Pierce took an early lead during the fourth set, they were the first to ten, but shortly after that the Knights tied it up. The Knights battled it out for the chance to push a fifth set. It was a back and forth that had a promising outlook for the Brahmas, but the Knights won 25-23 to force a fifth set victory.

“I think we did good. We just had too much pressure on ourselves when we shouldn’t have. We were up by one game; the fourth set should have been ours,” Tallie Monsalve said. “We just needed to do a better job working together in those tough moments.”

The fifth set was a head-to-head clash, first to 15 winner take all. The Knights were the first to put a point on the board, but the Brahmas followed that up with back-to-back points.

Pierce had a slight lead until they got to the 11-point mark, and the Knights tied the game.

“We left it all on the court. We just need to work smarter and harder and recruit for next season,” said Pierce head coach Nabil Mardini.

From then on, it was back and forth, keeping a consistent tie the remainder of the set. The Brahmas were the first to 14, but the Knights tied it again, pushing for the extra point.

The Knights scored the game point, winning the final set 16-14. They will advance to the state tournament, which begins on Dec. 2 at Solano.