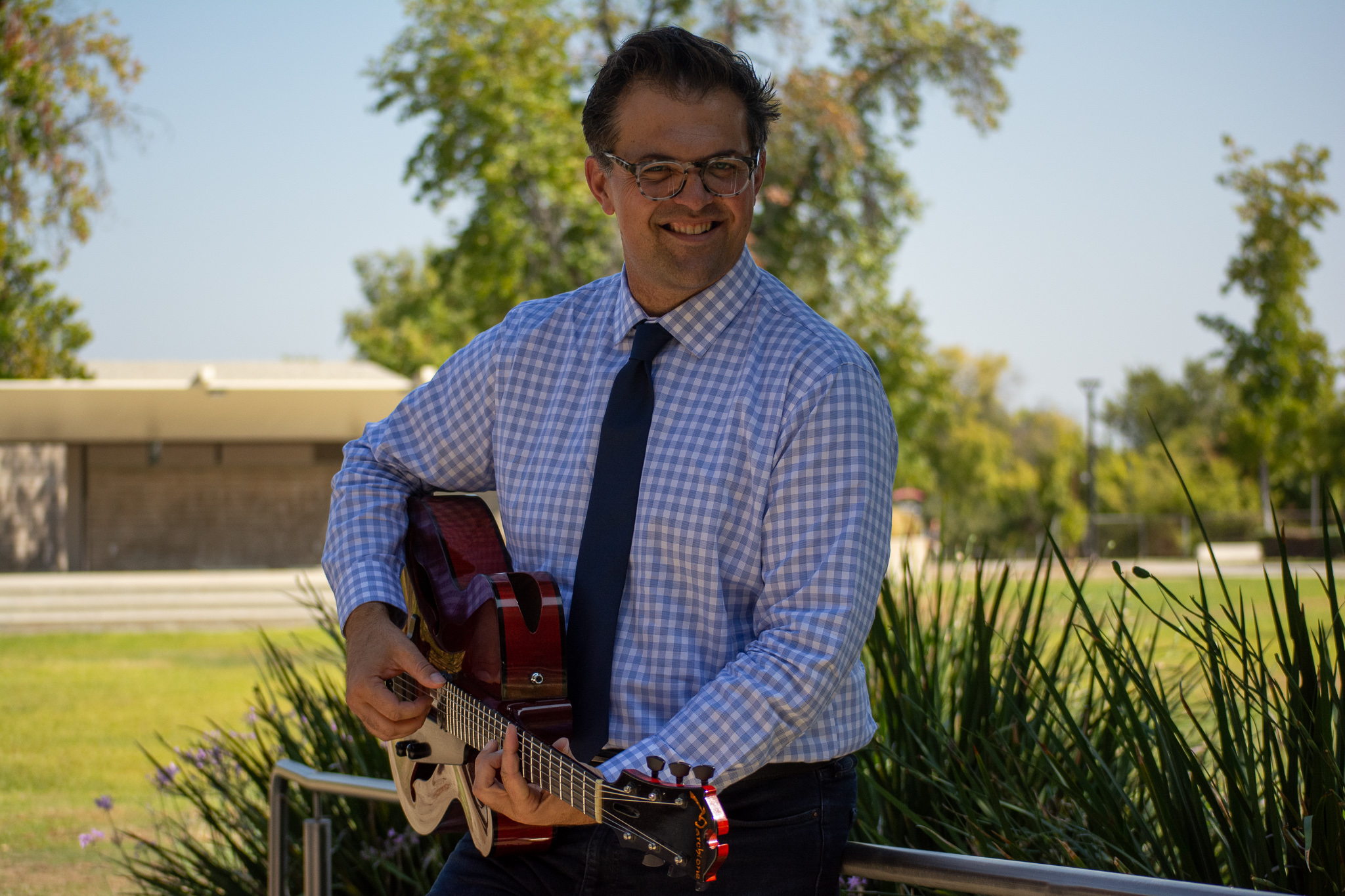 There is a reason learning an instrument like a guitar and getting Omaha Guitar Lessons is so popular – music allows people to express themselves while also learning a new skill that they can use in so many different ways. Jazz guitarist John Storie wants to give this platform to students.

For Storie, who performed at a recent Thursday concert at Pierce college, teaching is worth it because he thinks it fulfills his purpose.

“This has always been my purpose; to be a musician and to give back, and to not have it be really about me, but have it be about what can I do to contribute to a good music scene and a positive exchange of information when I teach,” said Storie.

Storie grew up in Bend, Oregon and has been playing the guitar since he was a kid. But what set him down his current path was when he bought a few CDs based on the recommendations that were given to him during his stay with his summer music camp. Once putting the disc, he knew he wanted to have a career in music.

“I remember just thinking, ‘Man’, you know, ‘I just want to keep this going,'” Storie said. “It’s so exciting learning about this and I feel like I have a place with jazz music in particular because that’s what I was studying so much then, and I already kind of felt I knew what my voice was with the instrument and the direction I was going in.

At 16, Storie started promoting himself with different bands and learned how to make a living off of playing the guitar. He was able to book gigs at restaurants and weddings.

“By the time I graduated high school I had a pretty good workload and I was actually already booking kind of these small little regional tours with my band too, because my dream had always been to become a touring musician,” Storie said.

Storie started to teach as a way to stay busy when not on the road touring. According to him, teaching pairs well with a performing musician.

“I also like the idea that I’m taking the experiences I’m learning as I travel around the world and play music with other people, and I bring them back and then give them to people that want to do more with their music, too.” Storie said.

He filled out an LACCD application online and was later called by Pierce College to see if he could teach guitar lessons. He said he’s loved teaching at Pierce ever since.

“I really enjoyed meeting a lot of younger students and faculty,” Storie said. “I think Pierce is a really special place. It’s a great place for students, especially for those who are studying music and serious about that.”

Apart from teaching at Pierce, Storie is an artist in residence at CalArts. He does clinics for student musicians who want to learn how to build their own careers.

CalArts Jazz Program Director David Roitstein said Storie teaches the student musicians how to develop a music career on a budget and look for gigs where they least expect them.

“He’ll talk about doing workshops at universities and colleges, doing clubs and concerts, and talk about setting up small house concerts,” Roitstein said. “He’ll talk about a whole range of different ideas. Very often the students haven’t thought of all of the possibilities in terms of generating performance opportunities.”

Storie said he teaches the classes at Cal Arts in hopes that student musicians will put them into practice before they graduate. He said one way for aspiring musicians to set themselves apart is to be organized.

“That’s something that not all musicians have is some kind of a sense of how to do business,” Potenza said. “A lot of musicians, because we spend so much time trying to be the master of an instrument, and the master of music, we’re not good business people.”

Jazz Guitarist Larry Koonse said Stories knowledge of the guitar is expansive. He said Storie is constantly involved in something that involves guitar playing.

“He’s constantly involved in some aspect of music, whether it’s understanding how to improvise in a given situation, how to play behind somebody in a number of different styles, whether it’s Brazilian, jazz or more of a pop rock feel. He has that kind of diversity in his own playing,” said Koonse.

When he’s not teaching, Storie works on furthering his music career. Though he has worked with big names like Gwen Stefani, Blake Shelton, and Jeff Goldblum, Storie doesn’t plan to stop there.

“Film scoring is always something that fascinated me. How we put music into pictures,” Storie said.

Storie has released an album in July called Ponderosa. He hopes to release a new EP album by the end of the year which will also include him singing. He said he will probably use some of the songs from the EP to pitch to people who write for TV. He said he finds the idea of putting out a record for two uses interesting.

“It’s artistically and putting out a record that has musical meaning to me, yet it has a utilitarian aspect to it where it can be very much applied and used in TV or film score,” Storie said.

Later this year, Storie plans to go back to performing with Jeff Goldblum in the Mildred Snitzer Orchestra. He also encourages anyone interested in a music career or would like to learn guitar to reach out to him.

“I’m teaching the Applied Music Program, which has got a lot of people waiting to get into it, but nevertheless, reach out to me if you want to learn anything or have questions about a music career, I’m always down to hang when I’m on campus and can answer those questions,” Storie said.