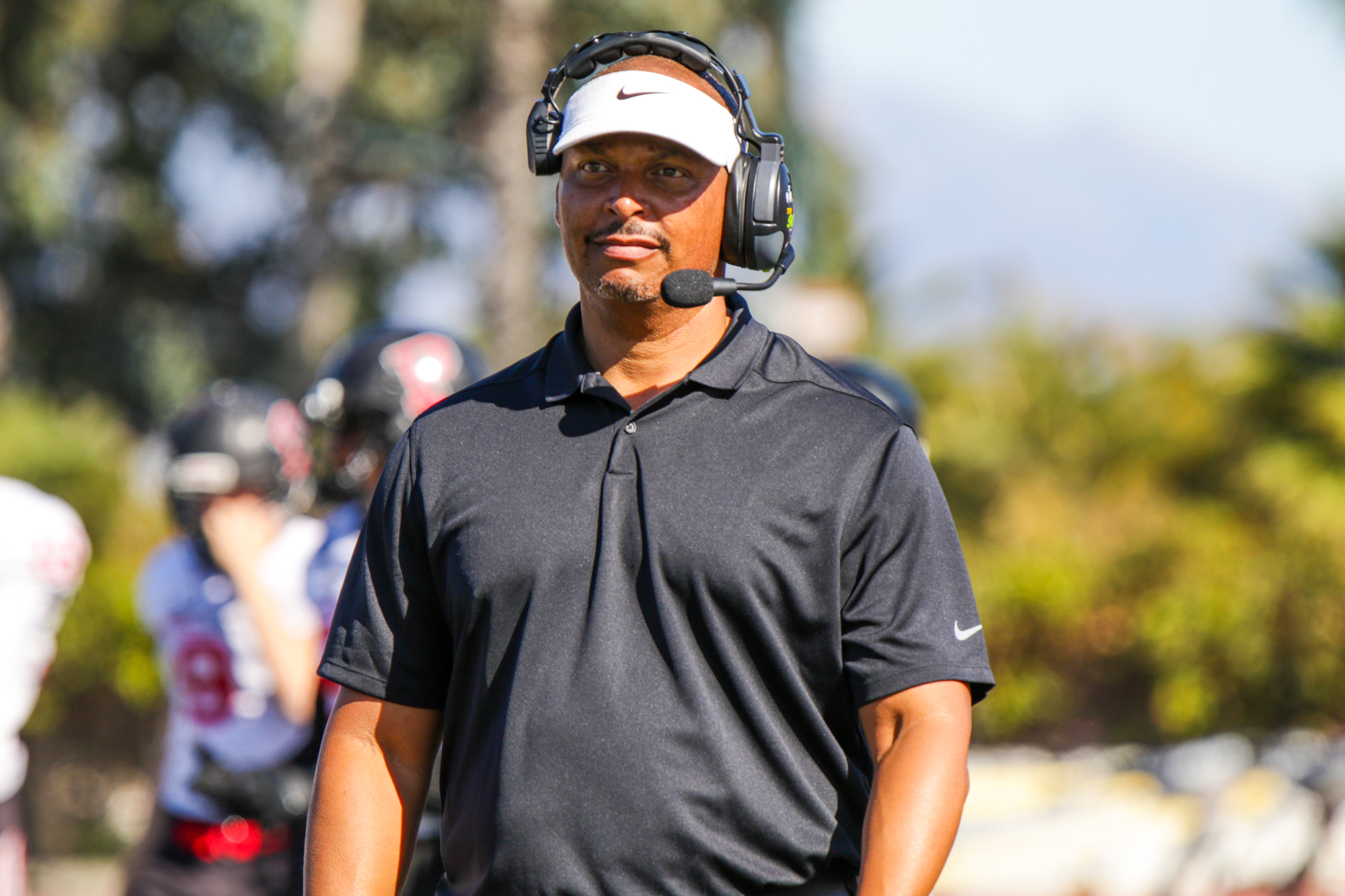 He’s coached the top prospects in the nation and directed championship winning teams.

Now, Anthony Harris has a new challenge ahead of him—leading the Pierce football team for the remainder of the season.

Harris had knowledge of what was going on with the program and the ongoing investigation.

“I had seen what was happening on Twitter. I was approached by the district because I was one of the applicants for the athletic director position and they noticed in my application that I had nine years head coaching experience in football,” Harris said.

Harris said he didn’t need much convincing to take over the position because he loves football and it was a great opportunity for him to show his leadership skills.

He said his first conversation with the assistant coaches was positive.

“After I met with the President, I told him I had to meet with the coaching staff first to see how they were mentally and if they were going to continue in the program. As an acting head coach, I can’t do this alone. You need coordinators, assistant coaches that can contribute. To my surprise, they were welcoming and I was excited to see what we can do,” Harris said.

Harris said the players have been positive upon his arrival.

“I am an advocate. They know I am here for them. I’m here to make sure their needs are being met on and off the field,” Harris said.

In high school he was involved in football and track and was coached by legendary coach Jim Brownfield.

At Azusa Pacific University, Harris did a living legend report for the Master’s Program on Brownfield.

“Growing up without a father, young men in athletics look up to their male coaches as mentors, and Coach Brownfield was one to me,” Harris said.

As a coach, he earned the coach of the year award in 2001 and 2002 at Campbell Hall. In 2005, he coached the defensive backs at the United States Army All-American Bowl.

“It was the coaching experience of my life. Getting off the plane with someone holding your name. Getting in the hotel and there being a red carpet and going to the fifth floor and seeing all the Under Armour gear. Also being able to coach the top 100 players in the nation was unreal. I had the pleasure of coaching J.D. Washington, the son of Denzel Washington,” Harris said.

Harris shared that Denzel Washington would go to the practices at Campbell Hall because he was going to be portraying Herman Boone in Remember the Titans.

“During the playoffs, I remember Coach Boone and Denzel coming to several games to watch J.D. and he saw me and said what a good coach I was,” Harris said.

He said to have been blessed to be athletic director at all levels and that athletics has given him everything in his life.

“I had the opportunity to be around great student-athletes and coaches and sometimes it doesn’t feel like work because I love it so much and I want to continue to do it as long as I live,” Harris said.

As an athletic director at La Salle, their teams earned 18 CIF championships, 36 league titles, and one state crown while 84 student-athletes earned NCAA or NAIA athletic scholarships.

At Campbell Hall for 10 years,  the teams excelled by capturing over 40 league titles, six CIF Championships and two state titles.

“I built a program that became a contender in every sport. I would definitely rival it with La Salle, but I had the privilege to be at both schools so I can’t complain,” Harris said.

“He hit the ground running, pulled things together and is willing to learn on the go, which I appreciate,” Sarcedo-Magruder said.

She said Harris is seeing the job from a different perspective.

“With his past experience, he is looking at it not necessarily as he is the coach of the team, but that he is the AD. He is seeing the football program as a whole,” Sarcedo-Mageuder said.

Counselor Joe Roberson had the opportunity to meet Harris. He said he has a history of professionalism.

“Many people speak highly of him. He has established a high level of consistency which says a lot. Hopefully it ends up being a blessing for the program,” Roberson said.

Harris was a guest on Brahma Sports on KPCRadio.com. You can listen to the show here.