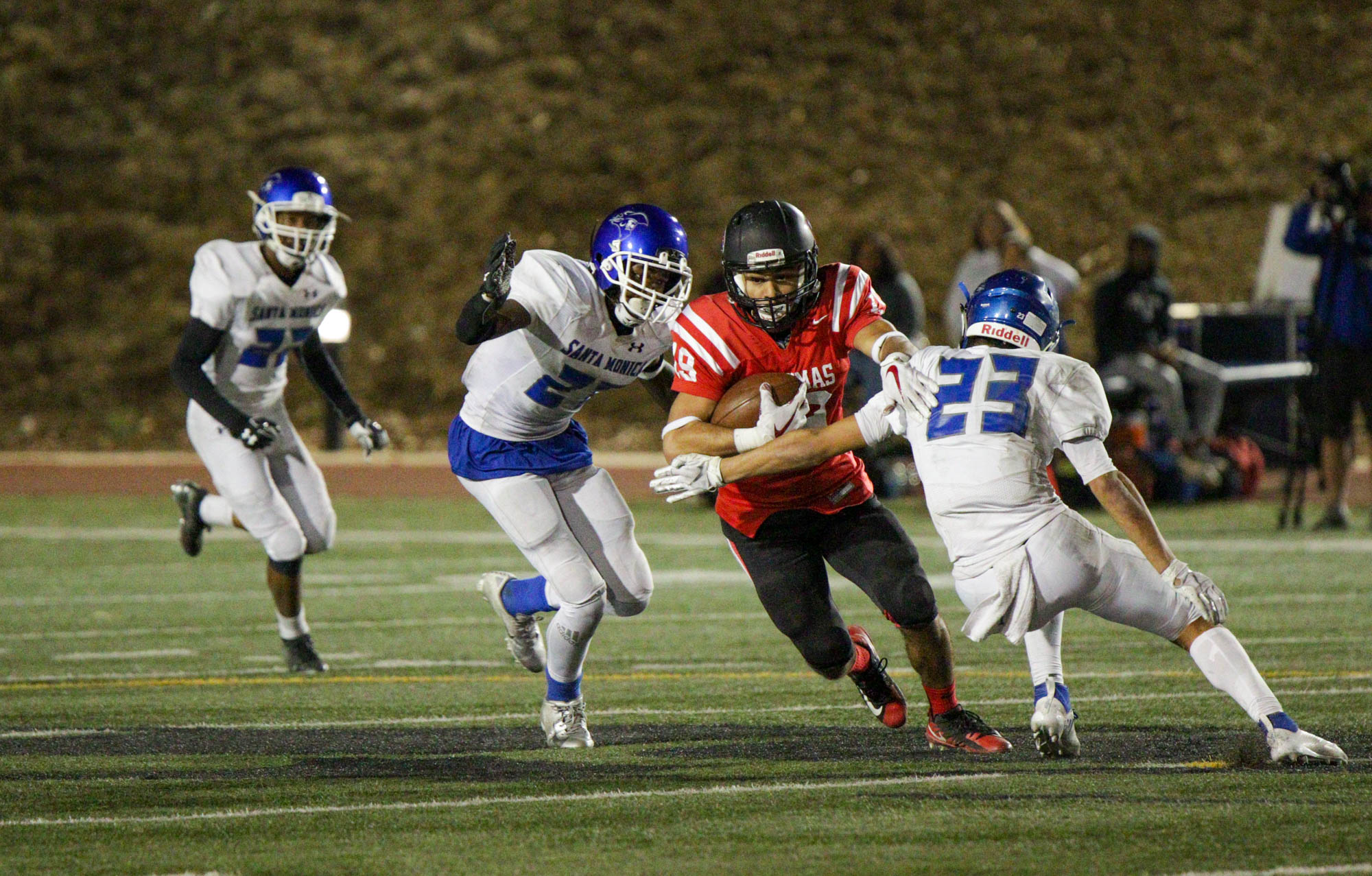 Football ended their season on the right foot, getting the win over the Santa Monica College Corsairs in Saturday’s conference game.

“Well it’s always good to finish the season with a win. However way too many penalties, tonight was a crazy night. I don’t know why. Glad to come away with a win,” Harris said.

Three minutes in, Trevor Gill gave Brahmas the lead after an interception by Jalen Burton.

Their lead was doubled after Jakobe Harvey ran for three-yards making it a 14-point game.

Chandler Bradley said being able to score was an awesome feeling.

The Brahmas defense stepped up on fourth down when Dante Witcher Jr. prevented the SMC offense from converting. Zivaiishe Smith also recovered a fumble from the Corsair offense.

In the second quarter, Eric Best prevented a first down on third and eight and the Corsairs had to settle for a field goal. However, a few possessions later they scored a touchdown and converted a two-point conversion, making it a three point game.

The Corsairs had an opportunity to tie the game with a field goal before halftime, but it was blocked by Ijaaz Rashid

When play resumed, David McCullum connected on a pass to Bradley for 97 yards. After scoring, the game was delayed when SMC’s Brandon Freeman suffered an injury to his ankle and was transported to the hospital.

Santa Monica College head coach Kelly Ledwith was proud of his team for how hard they fought to stay in the game. It was an emotional night for the visiting team but they are hoping for the best next season.

“Will build the foundation we started tonight and will build on it and I think by next year will be pretty excited about where we are moving,” “After that injury in the third quarter, the way they rebounded and came together I was extremely proud of how they came till the end,” Ledwith said.

When play resumed, McCullum connected with Miles for 43 yards, making the score 27-11.

The Corsairs got back into the game with a touchdown of their own. Brandon Brock would respond for Pierce, making the score 34-18.

“I knew I had to do one for my team. We finished with a W, that’s a positive. I’m proud of my boys,” Brock said.

Corsairs’ Tristan Rudell put SMC 10 points behind the Brahmas. They followed with a field goal to make it a seven-point game.

With less than a minute, the defense stepped up, forcing a fumble from Santa Monica to win 34-27.

“Since I’ve been here for only five weeks and the strength of our team has been defense,” Harris said. “When we must make a play and get things done defense caused a fumble at the end of the game, but we recovered it and got the W.”

The Brahmas will be ready for the next season with this win, improvements and starting fresh.

“At this point we don’t know where we will go after tonight. There’s a lot of things we can improve on, first getting our freshman kids back, keeping our team intact and starting from ground zero and going from there,” Harris said.

The Brahmas finished the season 3-7 overall and 2-3 in conference play.