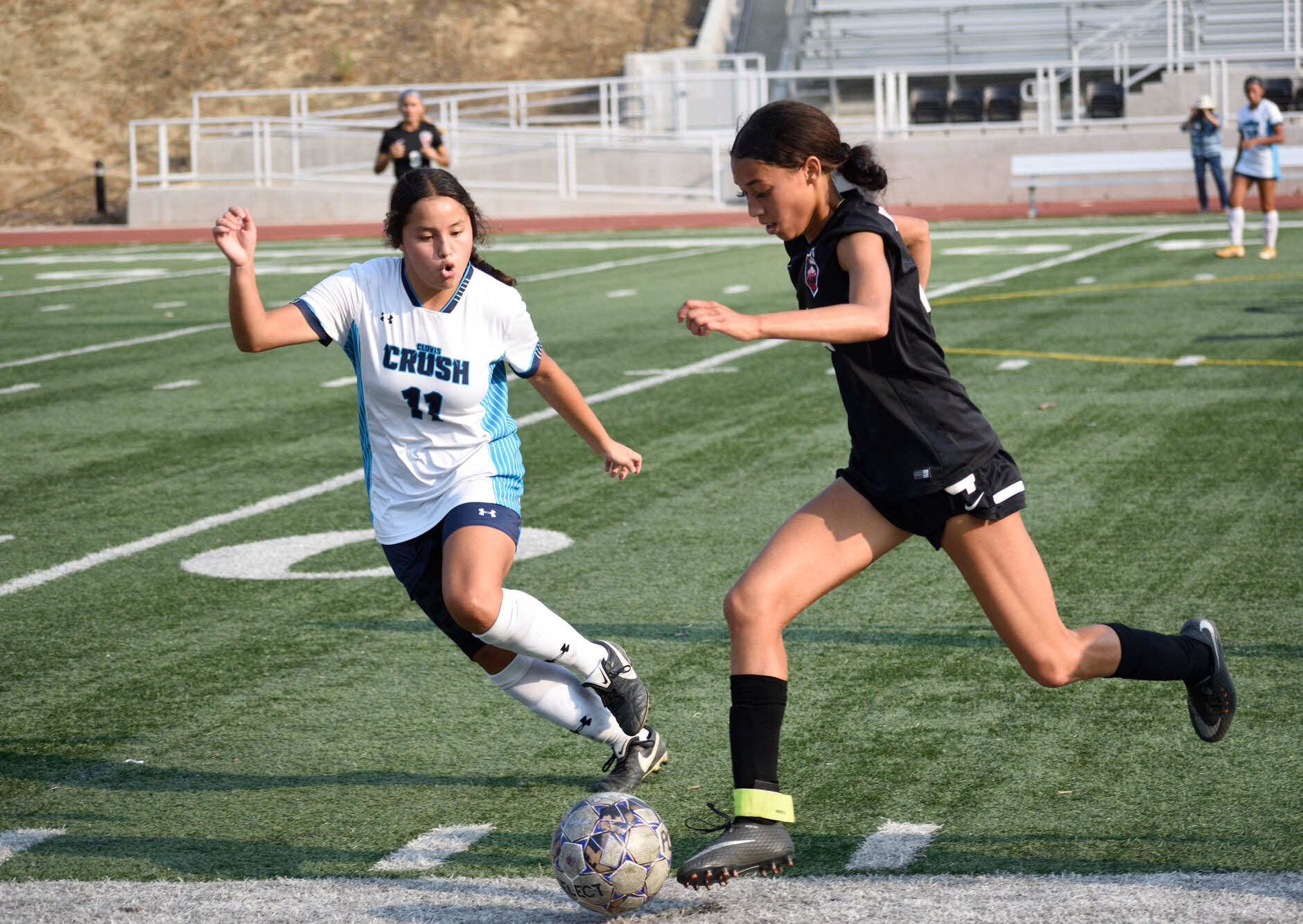 Head soccer coach Adolfo Perez said it was a devastating loss for the team.

“It’s our first loss [of the season],” Perez said.”It’s probably our worst loss we’ve had at home in about 15 years.”

A few players, including Arianna Vigil, had not been able to attend the game and Perez said that it was noticeably different not having her.

“Ari, who is not here today, has been the glue to our midfield,” Perez said. “It definitely woke us up.”

The Brahmas were inconsistent at the start of the game and that inconsistency proved a factor in Garcia’s first goal.

In the second half, the Brahmas were showing signs of improvement, however, forward Jordyne Puentes took advantage giving Clovis a 2-0 lead.

Forward Alexz Wheaton wrapped things up and secured the win for the Crush.

Perez said he hopes the team finds strength to improve after the loss.

Freshman goalie Breanna Torres said that she is sad the team lost the game.

“Generally, for me, speaking, I felt like I did what I needed to do,” Torres said. “Those two goals that were scored on me were kind of hard, going one versus one and then the other.”

Torres said she believes practicing will better improve her and her team’s skills as this was her first time playing as long as she did, on the field.

“I need to improve on coming out and being stronger, mentally,” Perez said. “I was super nervous going into today’s game, I was shaking. But once I came out, the nerves went away so I definitely just had to feel more confident.”

Perez said that motivation was a key factor in staying focused after the two goals conceded.

“I feel like we can motivate each other as a team, but we also have to motivate ourselves,” Perez said. “I think that’s the biggest one, like finding motivation within ourselves. We could always hype up each other but if a player is down then it’s hard to bring someone down back up when they don’t want to come back up.”

Freshman center back Natalia Puccio said that motivation is a great way to better herself and her team’s approach towards the game.

“As a center back, I like to talk up to everybody,” Puccio said. “When I see people are losing energy or motivation I yell, and I get everybody up to beat. Me and my other center back, we tried to not to feel bad as much as we could.”

Puccio said she believes other improvements can be made into the team’s strategies and plays.

“We definitely need to communicate more on the field,” Puccio said. “I think that we need to also connect our passes better. We were losing a lot of balls in this game.”

“We had a strength of top, with our forwards,” Puccio said. “We just missed so many opportunities but we had a lot of shots on target.”

The Brahmas are set to play against Moorpark next Tuesday, Sept. 28 at 4 p.m.